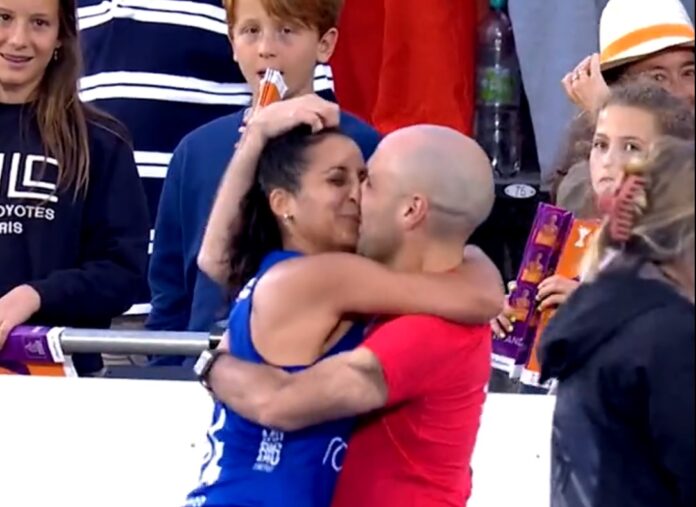 Amsterdam — Talk about life-changing moments! When Francisca Tala put her hand to her mouth after she had silenced the 10,000 Oranje with Chile’s equaliser against the Netherlands, most would have understood her disbelief at levelling against the Olympics champions at the Women’s Hockey World Cup.

Her Chilean team-mates, who all rushed towards her to celebrate, knew differently.

In fact Tala, a doctor from Santiago, had made a pre-match bet with the Chilean team that if she scored against the Dutch, she would marry her boyfriend.

In a heart-warming interview after Chile had lost 3-1, the 26-year-old revealed news of the Wagener Stadium proposal.

“I made a bet with all the girls,” she said, “that if I scored a goal against the Netherlands I would have to marry my boyfriend. Yes, he is very happy. He said yes.”

For good measure, TV pictures captured the moment when Tala went to her soon-to-be-husband as they embraced on the pitch.

In Chile’s first ever World Cup, the Devils will now play in the cross-overs last 16.

Should they beat Belgium, they will return to the Wagener Stadium for another date of destiny against the Dutch in front of 10,000 fans.

“We are the surprise of the tournament,” added Tala, who plays for Alumni Sports Club and has over 130 caps for Chile.

“This is a dream for us and every moment is amazing. It’s the best moment in our hockey lives.”

Chile have been the fairytale story of this World Cup after Ireland’s exploits in 2018.

Under their charismatic coach Sergio Vigil, they have survived the Pool stages and played beyond their world No 15 status to reach the knock-out stages.

And like Argentina, they continue the trend of loud Latin music, dancing and singing before games.

They have also struck a chord on the field as their tournament continues in memorable style.