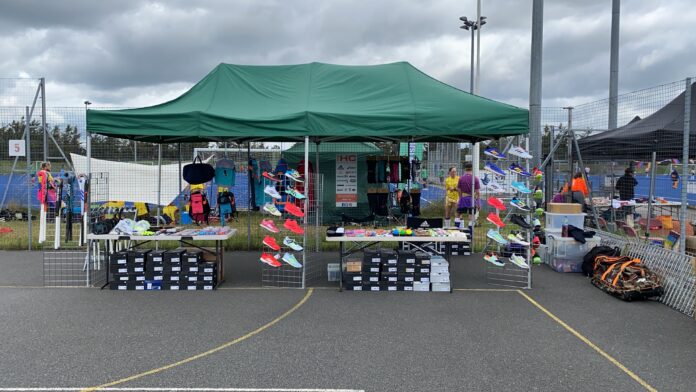 The Hockey Paper is leading a campaign to find a worthy recipient of a set of junior goalkeeping foam donated by Simon Mason, of Mercian.

The Kit was a prize for the winning team at a recent Masters tournament at Guildford HC earlier this month.

Surrey side Old Georgians triumphed 2-0 in the final, and were awarded the equipment by tournament sponsor Mercian, which comes with the condition that they have to find a school or club to donate the kit to.

Sean Cook, captain of Old Georgians O45s for the day, decided afterwards that rather than simply choosing a school local to their base in Weybridge, Surrey, they would recruit the services of The Hockey Paper to run a nationwide campaign to find a school or club desperately in need of the kit which includes kickers, leg guards, and deflectors.

He said: “We’re generally fortunate in Surrey because most schools and clubs are relatively well funded and the need for kit is not as high as some other areas in the UK. We realised that The Hockey Paper with their reach and reputation would be the perfect partner to find a recipient and when we asked them they loved the idea and immediately agreed to help.”

Simon Mason, who runs Mercian and The Hockey Centre, said: “Last year at The Guildford O45s tournament the winners were Hampstead and Westminster and they elected to pass the kit onto Oxford hawks Flyers which was incredibly well received.

“This year OG’s have taken a different approach which we think is great. We have sponsored the Guildford tournament for a few years now; it’s extremely well organised, a great event and we’ll be doing the same next year. Maybe the eventual winners will also follow this trend.”

Please contact marketing@thehockeypaper.co.uk with 4-5 lines explaining what school or club you represent, how the equipment will be used, and why you believe you are a worthy recipient. Entries will be judged Monday 11th July by ex-GB goalkeeper George Pinner.

Share
Facebook
Twitter
WhatsApp
Linkedin
Print
Previous articleHockey Matters: Injuries – How can nutrition get you back on the pitch quicker?
Next articleHockey photo of the month: ‘Acrobatics on UK’s biggest stage, doesn’t get much better’