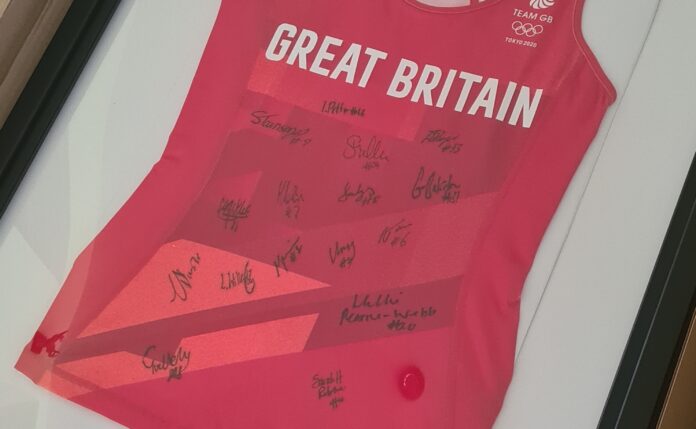 Watton HC landed a coup in their bid to raise crucial funds for their £300,000 raise to replace their pitch.

The Norfolk club auctioned Tokyo 2020 memorabilia, including the Team GB women’s shirt with 16 bronze medal signatures, which raised over £300, while the match-played JDH stick used and signed by Izzy Petter will be auctioned later.

“These items were really rare and we were incredibly honoured to be able to auction the items,” said club chairman Tom Hassey.

Both items were being auctioned to raise much-needed funds for the Watton HC astro.

Due to lack of funding at Watton Sports Centre, where the club plays, Watton’s pitch is in dire need of an upgrade and is currently in a “sorry state” as it aims to raise £300,000.

“Government and Sport England Funding is incredibly limited at this time, and as such, auctions such as this are vital for us to raise the money,” added Hassey.

The shirt features the likes of MBE’s Maddie Hinch and Susannah Townsend and is framed ready for a club room wall.