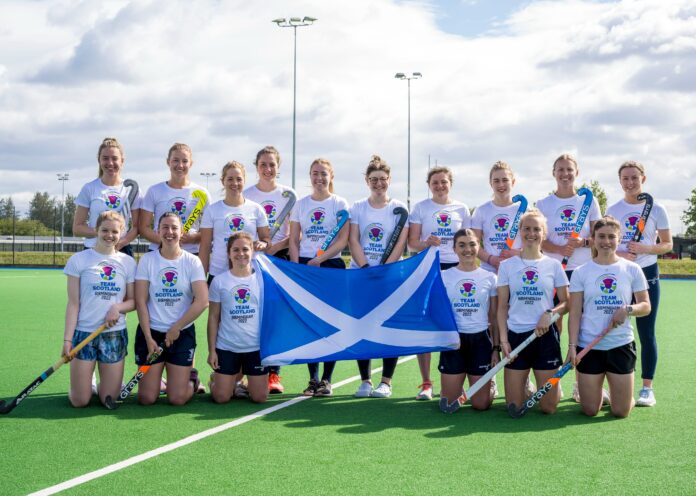 Nine players make their Commonwealth Games debut alongside nine who played at Gold Coast, while there are several strong names omitted.

Scotland has been drawn in Women’s Pool B with Australia, New Zealand, South Africa and Kenya in Birmingham.

Robertson said: “Being captain offers a different dynamic for me and it’s a huge honour to captain the team at the Commonwealth Games. The group is in a really good place so it’s exciting moving into the summer.

Dunfermline’s Eve Pearson, who will be playing her first Games, said:
“I’m absolutely buzzing. It’ll obviously be my first Commonwealth Games and my first caps as well.

“This is huge for me. After I joined the squad I started to believe in myself. Once I started training I took the pressure off myself and it made me able to perform to the best of my abilities.

Scotland’s opening match against South Africa will also be extra special for Heather McEwan who was born in South Africa, and will earn her first Scotland cap in Birmingham against the country of her birth.

McEwan said: “Being selected is the best feeling in the world. It’s going to be great to be there to win my first cap, but to play that game against South Africa is amazing. I’ve come a long way and I’m just so excited to be part of it.

“I think as a team we’ve really come far in our rebuild, so I’d really like to see us medalling and doing really well. It’s been part of our change in mind-set from the start, so we’re not just going to compete, we’re going to try and get a medal. I really think with this squad we can do that.”

Share
Facebook
Twitter
WhatsApp
Linkedin
Print
Previous articleWhy is there no culture of watching hockey in England? This has to change
Next articleMasters Talk: from wrestling champion to hockey veteran