England Hockey: It’s only with the community that we can build a great Talent System 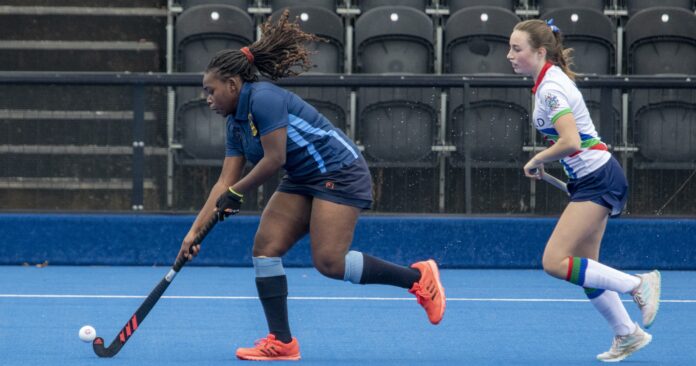 I get asked a lot, ‘why’. ‘Why change our system if we were able to win medals?’, ‘Why take away the Performance Centres and introduce Talent Academies and Talent Centres?’ or ‘Why do such a large percentage of all the talented players come from independent schools?’

Like any process of change, it’s only natural to encounter lots of these types of questions – and even more so in hockey, where I’m continually blown away by how passionate the volunteers who provide opportunities for people young and old to play the game are.

It’s certainly true that ever since the London 2012 Olympic Games our sport has experienced significant international success; with our women’s team winning medals in each of the past three Olympic Games, our U21 men won silver at the last European Cup, and our U21 women won their first World Cup medal in April. Much credit for these successes must go to the hard-working people in the current system working to develop our  juniors up and down the country.

So – if it’s not broken, why try to fix it? Well, we want to make sure we can continue to repeat these levels of success and broaden the diversity of our international teams, with the standard of play continually evolving and improving. To compete with the best, we’re going to need to develop more, and better, players. Speaking plainly, our talent pool is relatively limited, so to grow that, we’ll also need more coaches who can provide more of the best environments for talent to flourish.

The challenge we saw with the existing Player Pathway System with counties feeding into regional performance centres was that the system was primarily a filtering system heavily constrained by time and too ‘one size fits all’.

Fine if you fit in that ‘one size’, but less good for late developers, players who have had less access to coaching and training, or players in some geographic locations. Put simply, we needed a more flexible system, one where we can strive to find and develop high potential players in any and all environments, and players can move through and up each level in our talent system from any route.

Our challenge became one of re-aligning the focus of our system, towards talent development and away from talent ‘sifting’.

To achieve this, we wanted a greater focus on talent development and the system to be more closely aligned to the club and school systems which offer more time to develop players.

It was often noted – even by the coaches working in Performance Centres (PC) – that their contact time was so limited, with players experiencing their club and school environments far more than the ‘performance’ environment.

At the higher levels, the limited contact time and opportunity to stretch the best players in the squad – realistically at best once per fortnight – meant that we were placing a ceiling on what could be achieved by the players and coaches in these environments.

Furthermore, players were – inadvertently – being pulled in too many directions, with schools, clubs, counties and England Hockey pathway all placing different, and sometimes competing demands on them. Our younger athletes are often quite eager to do as much as they can – but this does mean they also often don’t yet have the skills to manage their workload effectively. A big role of Talent Academies is to work with the clubs and schools in their local area to join up players’ overall hockey load.

Clearly, we needed a way to get the best players to work in the best environments with the best coaches, and as often as possible. Looking at what we had available, we found that many of our clubs either already had, or with a little guidance could soon establish, environments in which players could prosper.

However, this is where we’ve probably not been clear enough from the start. We don’t expect players to transfer to talent academy clubs, we expect clubs to host Talent Academies. Whilst it’s a subtle difference, it’s a vital one in our thinking. We’re aiming to create places where the best players can work with the best coaches, in clubs where parents are confident that their children are in excellent development environments.

This doesn’t mean that the talent system should be seen as synonymous with encouraging more juniors to play hockey and widening access to the sport – whilst we want our most high potential 15-18 year olds players, around five hundred per gender, in the best environments for them to develop, we don’t want take away from the many fantastic clubs, or the army of volunteers, who drive junior participation of hockey.

Whilst we’ve had initial reviews, consultations and have already tried to engage with the many communities working in hockey, we’ve also had in mind that we’re not going to be exactly where we want to be from Day 1. That’s partly why I’m writing this today, and why we’ll be publishing a series of these columns, to encourage feedback and hopefully provide clarity into where our plans are at present.

It would be unrealistic for me to say that this will be a completely smooth process, and like any change, there are likely to be some further problems as we move forward, but my hope is that by understanding our motivations, the hockey community will come together and help us to build a truly world class talent development system.