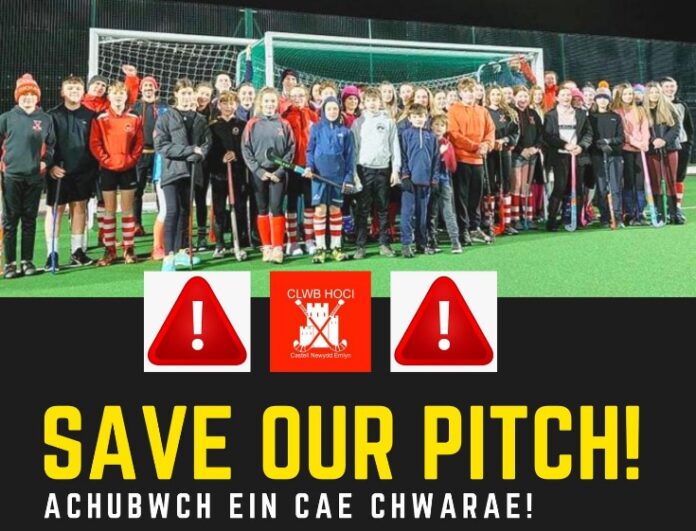 A local Welsh hockey club says that plans to redevelop their existing pitch where they play will be a “step back for hockey and a kick in the teeth for women’s sport.”

Clwb Hoci Castell Newydd Emlyn (Newcastle Emlyn) in Cardigan, Wales, is facing the impact of 3G, with campaigners saying that due to its rural location and limited facilities, the proposals not only threatens hockey at club level, from junior to senior, but secondary school hockey too.

The pitch concerned is the only pitch available for Cardigan’s secondary school pupils to play hockey on. Alternative pitches are at least a 20-minute drive away and are already heavily booked or themselves in need of upgrade. The hockey club would be the only one of 14 local sports club who would not be able to play in the town.

The club has outlined 15 reasons why it strongly opposes plans to relay with a 3G surface after launching a petition to safeguard hockey provision in the area.

Cardigan Town Council chiefs have also backed the club to ensure the sport can continue playing in the town, adding to a wave of support against Ceredigion County Council’s decision to replace the current pitch which could spell the end of hockey in the Teifi Valley.

“A 2G surface is not suitable for wheelchair sport or hockey and is only good for predominantly male sports such as football and rugby,” councillor Philippa Noble said.

“I think it’s really important that all our kids are given the chance to get off their computers and take part in healthy exercise at a time when this country is facing a big problem with childhood obesity.”

Council clerk Eleri Maskell told the Tivyside Advertiser that ‘the knock-on effects would be huge’ if the secondary school lost its pitch.

However, supporters of Ceredigion County Council’s decision said it was in the right to accept £500,000 of funding to replace the current offering to 3G and 2G pitches.

“The county council have cleared this with Hockey Wales who are happy for this to go ahead,” Cllr John Adams-Lewis said.