Sam Ward: My appeal to the hockey community to #playitpink 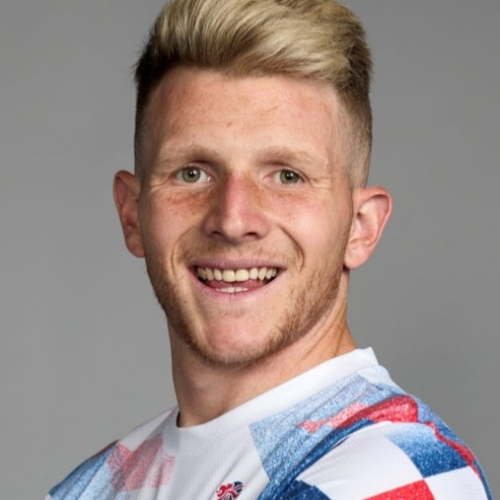 One evening at the end of January I received a phone call that changed my life.

Driving to Thursday training, I rang Dad as always. He answered the phone “Sam, Mum needs to speak to you. Bye” and handed the phone over abruptly. Mum came on the phone. “I’ve been for a scan, and they’ve found a lump, it needs removing”, she told me.

She danced around the subject, refusing to use the words ‘breast cancer’, but I knew what it meant. I asked a few blunt questions until she had no choice. “Yes, it’s breast cancer,” she admitted.

My head was swimming.

Two mates got in the car. “Mum’s got cancer”, I told them. Ironically it was the same two guys I’d spent all my time with after the eye incident. I can’t blame them for not knowing what to say. I went home, and spoke to my girlfriend about it. It didn’t sink in for a few days that it was serious.

As things transpired, it was stage 1 breast cancer. Mum been in for a routine check on a bad shoulder, had a scan, and this had been picked up. They’d followed up with a mammogram, and they’d picked it up. The gods were with us, really. It got caught very early, so we were lucky.

I disappeared to Argentina a week later for Pro League. I landed back on Monday night and the next day, my Dad’s Mum died. The following Monday Mum had surgery. So it all kind of came at once. Fortunately, the surgery went as well as it could have done, and they successfully removed the lump.

A few weeks later I was sat in Delhi airport waiting for a flight to Bhubaneshwar, and had a message from her saying she’d had a follow up appointment. The good news was that the op had gone really well. However, they wanted to do chemotherapy on her as a precaution to make sure it didn’t return.

With some thinking time on my hands, I reflected on the situation. I decided the best way to deal with a challenging situation is to make the best of it. For Mum it was intensely personal, and she didn’t want people to know about it – mainly because she didn’t want them worrying about her. But for me I saw a chance to turn it into a positive, by raising some awareness, and crucially, some funds.

GB’s then interim head coach Zach Jones was fantastic. He gave me a week off and told me to look after myself and make sure my family was ok, especially given the recent death of my Grandma. Those gestures go a long way, I can assure you.

Last week, in my final Premier Division game of the season, for Old Georgians against Wimbledon, I played with a pink head on my stick. Mum came to watch, and she grabbed me after the final whistle. “Do Brabo know about this?!!” That’s typical Mum. Her first concern was whether I’d get into trouble with my stick sponsor!

Someone asked me how I’d got the stick done. I did it myself the previous week, in the back garden! I found some car paint and masking tape… and Bob’s your uncle. Amazing how professional you can make it look.

I’ve told Mum about the plan from here. We’ll create a few sticks to auction off, and we’ll get some pink t-shirts made, with all proceeds going to charity. I’m also going to donate £100 for every goal I score between now and September. She’s really pleased with what we’re doing. Initially she didn’t want people to worry about her, but now it’s looking positive, she’s happy to tell the story and she’s delighted it could make a difference.

The support we’ve received has been amazing. I posted on my social media yesterday, and already England Hockey have shared it, as have many of my teammates. Officially, my target is £20,000, but secretly I’m hoping to raise as much as possible. I guess that’s just me – never wanting to settle for ordinary.

The official charity is called Against Breast Cancer. One of their biggest objectives is to find a means of preventing secondary spread, on top of awareness of course. That’s big for us right now. From the moment I reached out to them, they’ve been brilliant. Their #playitpink logo fits perfectly with hockey, and certainly throws up a few interesting options for players to get involved.

So, I’m asking everyone to get involved by wearing something pink when they play. This way we can raise awareness of this cruel disease. The hockey community is second-to-none at getting behind initiatives like this. I remember last time I did fundraising, back in 2013-2014 when I was hardly even known, I had people at other clubs coming up to me with envelopes of cash. I’m not saying I expect that again, I just think it’s amazing how many good-natured people we have in hockey.

On a personal level I’ll be playing with a pink head on my stick and donating for every goal I score which is as many as possible hopefully. For anyone wondering, no, it won’t take away my hunger for scoring goals! That’s something you’re born with, and it never leaves you.

About Against Breast Cancer

Against Breast Cancer fund research into secondary spread, the main cause of breast cancer related deaths. Their vision is a future free from breast cancer.

Share
Facebook
Twitter
WhatsApp
Linkedin
Print
Previous articleCharity raises awareness of sun protection in sport and outdoor recreation
Next articleFIH on reverse stick: ‘Banning this exciting skill at all levels is not something we are considering’