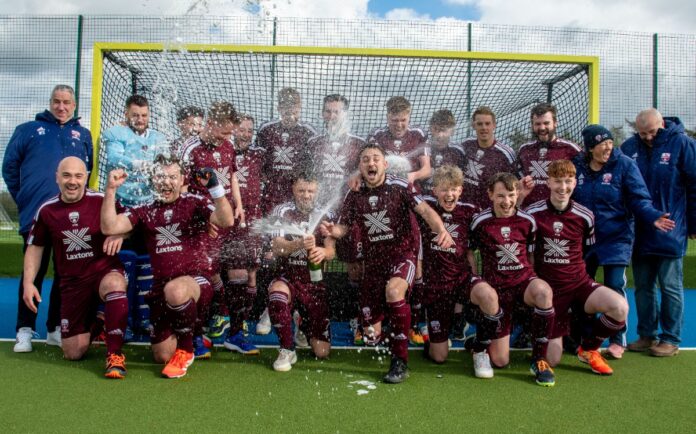 The hard work of not just this season, but the last five seasons, has paid off with Yorkshire’s Ben Rhydding HC, winning the Yorkshire & North East Men’s Premier Division, as well as building a National League squad.

Every game this season has been a tough one and with Lindum winning every week too, the pressure was always on not to slip up, the club said.

When Ben Ryydding failed to beat bottom of the league Sheffield Hallam, and came away with a ‘shameful’ draw, Lindum also drew that day. But Lindum were also held to a draw by Stockton and this gave Rhydding the edge.

It was a dramatic day when Lindum came to Rhydding for the first big showdown. In a controversial game, Lindum sneaked a 3-2 win and Rhydding lost their sparkle for the next three games, winning by narrow margins, so saddened were they by the result and the knowledge they should have won.

With just one game left to secure the title, Rhydding faced Sheffield Bankers, who needed to win to avoid relegation, but Rhydding became champions and secured promotion to the national League.

Coach Demy Dowley added: “Culture and people come first and the leadership group that has developed has been highly influential in shaping the success of the team.

“Commitment to training is a given and players hardly ever miss. Training is high intensity tactical warfare, cognitive stretch and technical detail. And it’s clearly paid off.”