‘It went in!’: Season-ending controversy as Loughborough denied goal 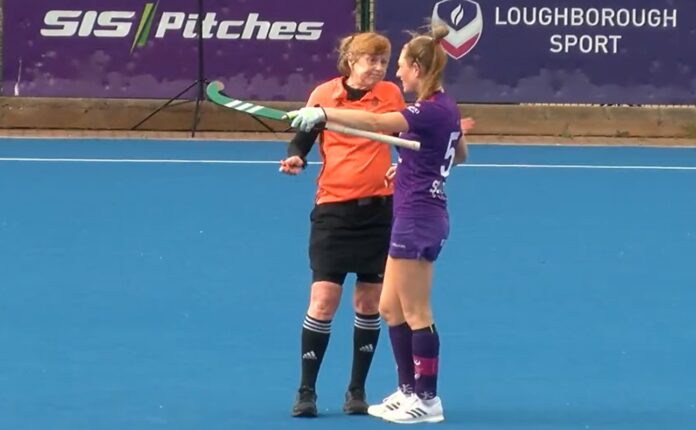 The Vitality Women’s Premier Division season ended in controversial and unsatisfactory fashion on Saturday when a seemingly legitimate penalty stroke was ruled by the umpires.

Charlotte Watson had scored what the Loughborough Students players thought to be a clear goal into the net. The on-field umpire initially signalled as such, before the University of Birmingham players immediately made it clear to the officials that the ball had missed.

With the Loughborough University cameras broadcasting the game, replays showed that the goal should stand, with the commentators even relaying the news to players on the pitch.

“Someone needs to let the umpires know it went in,” said one of the Students’ commentators.

However, after a period of confusion, the goal was ruled out by the umpire and Birmingham stayed 3-1 ahead to finish seventh in the league after a 4-1 victory, finishing ahead of Buckingham, who beat Swansea.

With nothing riding on the Loughborough and Birmingham game, England Hockey were spared the likelihood of any protests.