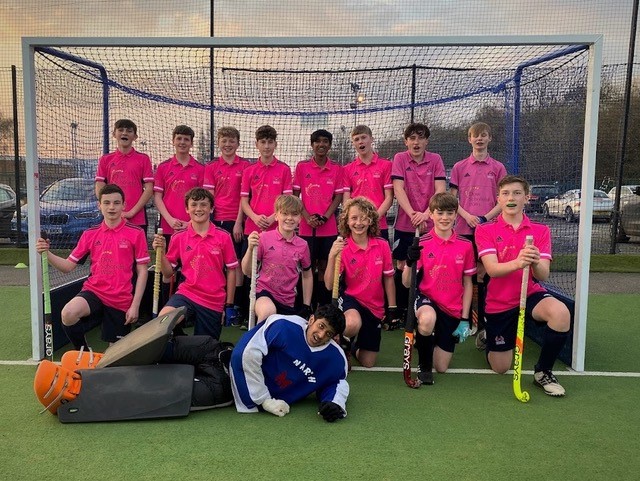 Cheshire-based Neston Badgers are celebrating after finishing the season undefeated in what is a club first in its 59-year history.

In an unprecedented year, the small squad of just 16 players, who are mostly year 9, have won all 14 of their matches and scored an impressive 97 goals with only seven conceded.

Manager John Maddock says their success lies in the fact that they are not a team of superstars. They have plenty of talent, but their strength really comes from being well drilled in the basic skills, playing as a team with a desire to score goals.

“We struck lucky because many of the players have come through the junior section from an early age and have been playing together for the last five years,” he said.

“Our coaches Adrian Harle, Emma Nokes and Chris Founds have put a great deal of effort into developing the team and making sure that they enjoy their hockey. Which they do. The result has been a truly fantastic year.”

And success might not be over yet. Most of the team will be playing for Neston in the finals of England Hockey’s North West U14 Boys tournament at Lancaster University this weekend, having won all of their qualifying games.

It will be a fitting finale to the season should they be able to win that tournament.