Batra: Rourkela stadium can act as springboard for Indian hockey ‘to become powerhouse’ 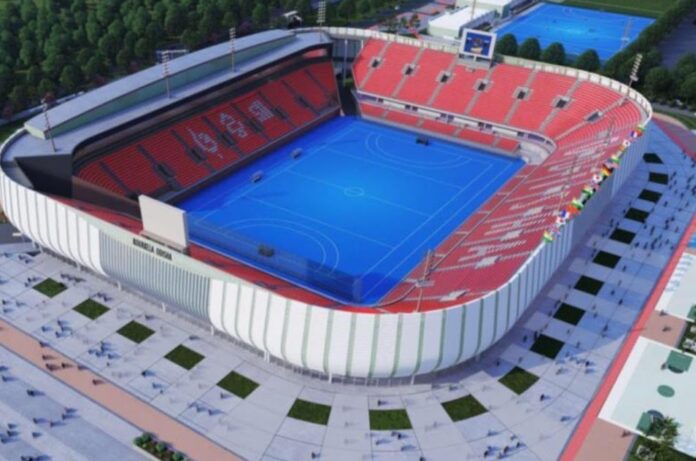 Narinder Batra, the Indian Olympic Association president, believes that if other Indian states follow Odisha’s lead in building international stadiums, then the nation “without doubt will cecome a sporting powerhouse in hockey in both men and women.”

The new Rourkela stadium is set to be completed by July, well ahead of the 2023 World Cup in India. Rourkela will be a 20,000 capacity and will act as follow-up to Bhubaneswar’s well-appointed international venue.

The Rourkela Stadium will have a secondary pitch, as well as a separate hotel complex (ready by October). The venue is in the Sundergarh Area of Odisha, which is known to be “the most hockey passionate area in India”, according to Batra.

Regarding World Cup logistics, the nearest airport to Rourkela is around 90 minutes away. However a new airport in Rourkela is expected to be completed before the end of 2022.

Batra, who is also world hockey president, said: “I will urge and request other States in India like Punjab, Haryana, Madhya Pradesh, Uttar Pradesh, Jharkhand, West Bengal, Telengana, Karnataka, Tamil Nadu and Kerala, which have produced stars and icons for hockey in the past … request their sports Ddpartments to directly interact with Odisha and try to replicate Odisha model.

“I sincerely hope my request will be taken in sportsmanlike spirit. India then without doubt will become a sporting powerhouse in hockey in both men and women.”