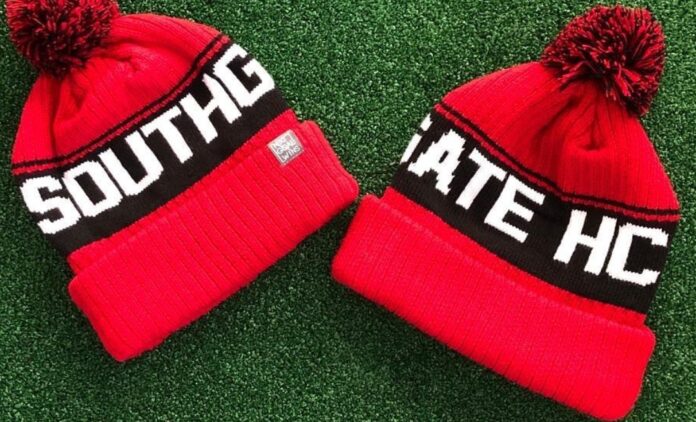 When I took on the role of secretary at Southgate HC we’d just gone into our second of our three lockdowns and one thing there wasn’t a lot of was hockey. Which made my task of re-energising our weekly Southgate newsletter surprisingly easy as it turned out.

In fact I got quite into the role of editor, filling the endless hours of darkening November days with research into the club’s history, interviewing players and club members past and present and generally just using space with assorted, loosely hockey-related articles. It was fun, and what is more people started to read it. And as everyone else also had lots of time to kill, content was king and easily found. All hail the new normal.

In my great naivety I thought returning to hockey would make the job so much easier, reams of ready made content in the form of elegantly phrased match reports, photos and league tables. Southgate has 11 men’s teams, five women’s teams and a bustling junior section. That should be a lot of content.

As long as somebody writes it.

The great flaw in my thinking, as I imagined my time being spent carefully editing reports, curating the photo-journalism and presenting the data in exciting new ways was the notion that members would willingly put themselves forward to write match reports for their teams on a weekly basis. The scale of the task ahead soon became apparent when on the day before we were due to send out the newsletter after the first weekend of games – with reports from 20 teams due to be included –  I had just one sat in my inbox. It was the one I had written.

Then Saturday, which used to be my day to relax and enjoy a game of hockey, has now become a mad dash around the M25 to race back to the club after (my inevitably away) game to record as much of the various games on, encourage (forcibly) the increasingly irked membership to volunteer to write this week’s report for their team or indeed any team.

I’ll take photos, encourage jovial shots at the bar and basically do my best to create any material that could lead the front pages of the mighty publication that is the Southgate Hockey Newsletter.

Sunday marks the beginning of the slowly building realisation that only the chairman has sent his report on time, the remaining 19 teams will require perpetual chasing through all of Monday (two more), Tuesday (five more), Wednesday (five more) and Thursday (two more, writing two more myself) before finally clicking send (late) once again – with at least a quarter of last week’s action MIA.

And so the wheel turns and the week once again gets into its habitual rhythm. Click, send newsletter and repeat. I have become the quintessential hockey badgerer.

I am using this column to remind myself why we put ourselves through this. And at this point I should mention my indefatigable committee member Michelle, who helps put all the reports into order and adds all the graphics and other such hard work.

I’ve said it before but Southgate is quite a big club, with lots of people playing hockey for different reasons. From the very, very good to the used to be very, very good to the never have been any good and everyone in between. We have social hockey, back to hockey, tired of hockey and performance hockey and all of that hockey adds up to a sense of the club as it is today.

We want members to feel part of a club and not just part of a team and to participate in the weekly life the club. To get involved and feel that the club represents them as much they represent the club.

So the newsletter felt like a great place to start to allow the membership to read about themselves but also to engage with how, for example, the women’s 4’s are pushing for promotion, how the men’s 2s are rallying after a slow start or how the women’s 1s are in a pitch battle for promotion against league leaders Barnes.

It’s a tapestry of narratives that adds up to something bigger, something more substantial than the sum of all its myriad of constituent parts. It should at best provide a clear vision of our present selves.

So yes, it’s nearly always like pulling teeth, and yes not everyone reads it and often it feels like the most thankless of thankless tasks in the club’s armoury of thankless tasks, but I still think it is a crucial thankless task and of all my wider ambitions and bigger strategic thinking for the future of the club, the weekly battle with the newsletter is probably the most important part of my job.

Cue email to club captains reminding them of this weeks deadline…