Sunderland club survive with no permanent home due to committed members 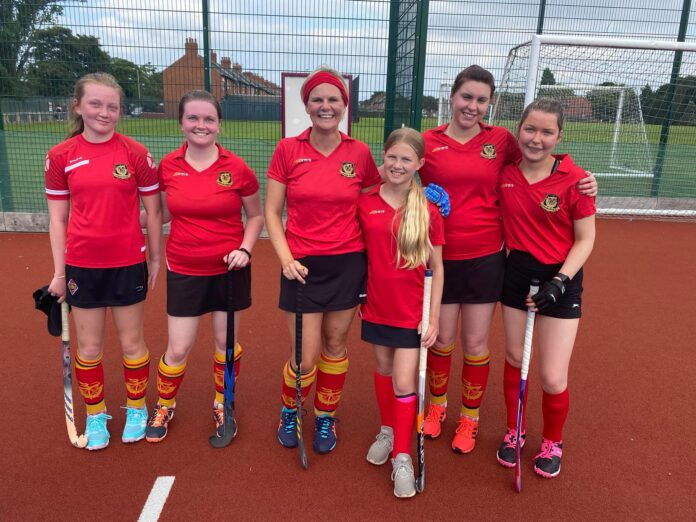 Laura Middleton is on a mission to get Sunderland’s children into hockey.

As part of Sunderland Broom Hockey Club, she runs out each week alongside her 14-year-old daughter, brother-in-law and his wife.

With two other children aged eight and 12, Laura is itching for them to become old enough for adult team selection.

She said: “In October when my son turns 13, he can join us in the adult development league together, which I cannot wait for! He is desperate to play with us now, but he has to wait patiently for a little longer.”

Being a small club already with around 100 signed up, dwindling membership numbers as the older players leave due to Covid-19 is a cause for concern.

Therefore, Laura has taken it upon herself to recruit teenagers among her children’s friendship groups and school peers.

Responsible for overseeing membership at Sunderland Broom, she insists the lack of state school hockey provision across the North East has contributed to less interest among the younger demographic.

She continued: “Clubs like ours are currently rely on senior members getting their children involved because without them, we would be really struggling with the next generation.

“The schools often say it is the absence of necessary facilities. Luckily, quite a few of us here have been reproducing over the years!

“Once the kids get a chance to put a stick in their hands and give it a good go, they realise just how much fun it is, so our aim is to make sure they have those opportunities.”

However, Laura knows first hand the difficulties in attracting youngsters to the sport, when it is up against other attractive options.

Her own children were avid swimmers before the pandemic struck, so only discovered their passion for hockey during lockdown when indoor activities were banned.

“They are now totally obsessed and absolutely love it,” Laura noted.

“I began hockey at a similar age when my PE secondary school teacher dragged me along to Hartlepool Caledonian Club, where I played until 10 years ago when I relocated.

“It feels like I am constantly going around collecting children! I managed to get three of the boys from my son’s cricket team into our hockey one because the two sports go hand-in-hand with the seasons.”

She insists the club has a great community vibe, demonstrated as there are another two senior players who play in the same side as their kids while there is also a pair of hockey obsessed sisters in the set-up.

Sunderland Broom’s junior squad is also thriving with 40 registered, which is more than the club has ever previously had.

There is a protected pitch in the city at a local school, but maintained and funded by the local authority.

Despite its protection, it has not been open to the hockey club’s use since the covid era started which Laura maintains is partially responsible for some not returning post pandemic.

It means that they have to trek to South Tyneside and share facilities with another team.

Laura said: “Covid was the reason given for the hockey pitch closure and we don’t get too much involvement from the sports club we were affiliated to, so have a few key decisions to make in the near future.”

Nonetheless, Laura is confident the club will survive without a permanent home due to the commitment from members.