Masters Talk: ‘My goal? Still playing hockey when I am 80’ 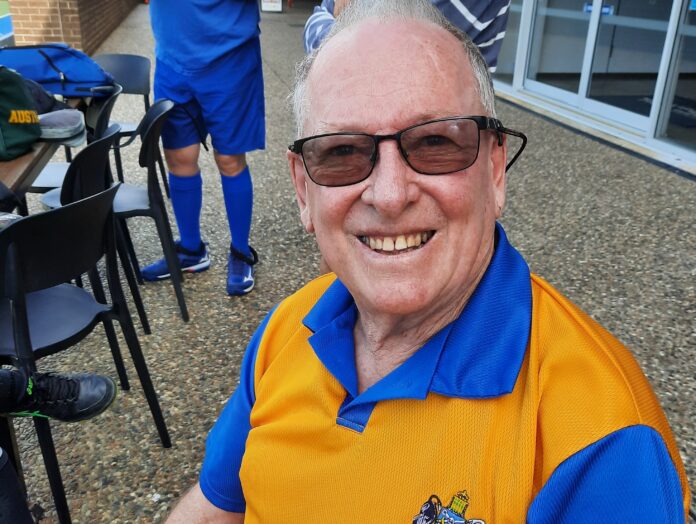 In his latest Masters player profile, Mark McElligott chats with Kevin Booth, an Australian from Canberra

Kevin was originally from Crookwell, about 90 minutes north of Canberra in rural New South Wales. Crookwell is well known in Australian Hockey circles as the home of a number of Australian male and female senior players, with more than 20 hailing from the small town going as far back as the mid 1920s. While not enjoying success at that level Kevin was a strong presence in the first division in Canberra and represented the ACT at Australian national championships for a number of years. Here’s Kevin’s hockey story.

What city or town do you live in: Canberra

When did you start playing hockey: 1958

Why: I went to a one room school in Narrawa North district. There were about 20 students and we were all required to participate in all sports, including hockey. My eldest brother John was also playing hockey.

When did you first play masters? 1985

Do you play for your state or just club hockey? I have played both state and club hockey. I currently play Monday night vets.

Current national championship age group: If the Australian Championships went ahead in 2021 I had been cleared to play in the 75s age group. In a few weeks in mid-March I will be playing with the ACT over  70s in Sydney at the Masters Return to Play event hosted by Hockey Australia.

Are you still playing grade: I no longer play grade hockey.

What attracted you to masters hockey? Masters hockey was a natural continuation of my hockey career. I was attracted playing against players of my own age in Australian masters championships.

Have you been selected to play for your national masters team? Yes.

When were you first selected for a national team? I was selected to play for Australia in the over 45s in 1996. This was a touring team to Singapore, Malaysia, Thailand and Indonesia.

Where has playing at national level taken you to? The Australian Masters championships has taken me across most of Australia.

Being selected to play for ACT in 1972 when it became a separate state.

Any absences from the game due to injuries or ‘life’: Right shoulder stabilisation had me out for about a year.

Best thing about masters hockey: The camaraderie with other players and the opportunity to travel within Australia.

Why do you keep playing: To maintain a healthy lifestyle and enjoy a beverage after the game with mates.

Toughest thing about the impact of COVID: No Australian Championships in 2020 and 2021. Not being able to travel either overseas or in Australia.

Current goals: Still be playing when I am 80.

What are you looking forward to: Playing for the ACT 75s team in the Australian championships at the Gold Coast in September 2022.

Read more of our My Life in Hockey series here