Masters Talk: No price on pleasure gained from playing opponents from 60 years ago 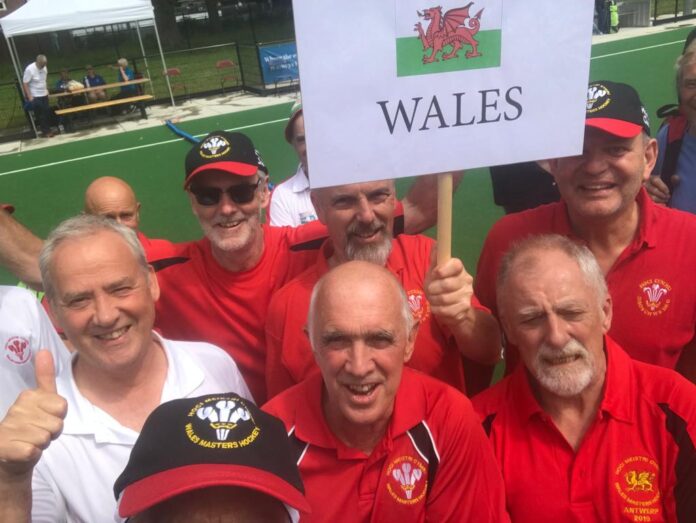 In our regular My Life in Hockey series, we speak to the captain of Wales Masters over-70s

Nickname: Apparently you can tell when a person was born by the moniker bestowed on them by their parents. So in Masters Hockey my nickname is whatever variation of Richard is necessary to distinguish between me and my often multiple namesakes on a hockey team of a certain age. Mundanely, this leads usually to Richie or Rich or Chappers.

What city or town do you live in: I was born in Cambridge, went to college in Oxford and ended up working in and around London. I joined Hampstead for geographical reasons – their ground in those days was at Tivoli Road just round the corner from my flat. As a newcomer, little did I know that London was built on clay and that the Tivoli Road pitch was therefore not a pristine surface for hockey in the winter. But then in the summer, when Pistons Summer Hockey Club took up residence, the pitches were perfect – mainly because the groundsman was a cricketer and the outfield had to be a billiard table. That’s grass hockey for you.

When and where did you start playing hockey: I first picked up a stick to play a form of indoor hockey in 1959 –  in a school hall in Cambridge. One of the masters there was sports mad and we blazed a trail well before indoor hockey was formalised.

Why: I tried all sports but being left-handed seemed to help hockey. And indoor hockey was a thread I continued with my club. Today it seems unreal and impossible that on Tuesday evenings in the 1980s I would ride my bike home from work in the City, have a cup of tea at home in Crouch End and then drive across London to Crystal Palace for the premier indoor league in the country. Nowadays that car journey alone might take a couple of hours and cost you a congestion charge. And nowadays too we go to the Copper Box to watch the finale of a short, focused indoor season in the midwinter break rather than having a season-long league.

When and where did you first play masters: My mother was Welsh and some of my regular opponents at St Albans HC played for the Welsh Dragons. They discovered that way back I’d played for the Welsh schoolboys and persuaded me to broaden my Masters horizons. The first outing was for the Dragons was in Lille in 2011 – a great and gastronomic weekend tournament in March, which we won – beating England LX 1-0 with a cracking goal in just the first minute of the game. Memorable all round and the rest is history!

What attracted you to Masters hockey: The camaraderie of old bodies still trundling round the pitch. You can’t put a price on the pleasure gained from playing against people you were vying with up to 60 years ago. Although our speed is nothing like it was (a serious understatement validated by YouTube videos of Masters tournaments), many of the skills are still there – although, sad to relate, old age and lack of bendiness prevents us achieving the backhand tomahawk, much as we might try. Despite our general creakiness our games, especially international games, are highly competitive.

Best memories: Winning things of course! I cannot forget the bronze medal match for Wales 65s v Spain in Barcelona 2018 (and hammering the Netherlands en route). But leading the East 65s to win the English divisionals against the all-conquering South is another top memory of a game where it all came together. Fond memories too of 6-a-side games on grass, including Hampstead winning the London Sixes and, much earlier in my hockey career, of The Leys winning the school’s 6 a side. A current joy is turning out with my son and grandson for the same team.

Worst moment: Losing of course! There have been many “nearly” matches, including Llamas v Batavarians in the final of the Veterans World Cup in Kuala Lumpur in 1990. A match memorable in that it was stopped for two minutes in the first half to allow the King to process to take his seat in the national stadium.

Any absences from the game due to injuries or ‘life’: I’ve never stopped – apart from half a season after a skiing injury and a year or two later being hospitalised for a month after a collapsed lung whilst playing for Hampstead v Beckenham in the old London League. That injury did mean dropping down to the 2nd XI in a subsequent progression that led towards Vets and Masters.

Best thing about Masters hockey: The highlights are tournaments abroad and playing with old colleagues against old foes. We are very lucky too in London that the critical mass of masters players allows us to run an over 60s league.

Why do you keep playing: That’s what my wife keeps asking me. But I’m sure it must be good for me in some way.

Toughest thing about the impact of COVID: The uncertainty of plans and planning in life and in hockey. Touch wood most hockey players are not in the vulnerable category of older people so have been probably less affected than some. The fact that we’ve been able to play hockey through the pandemic with only one serious hiatus has been a blessing for mental health. But others, for example those working with school age children, have been hit hard.

Current playing activity: Grand Masters League in London on Saturdays. Playing for Wales over-70s on one Sunday a month and for the East Masters. The body dictates how much hockey I can play and too much rotivating my way round my local golf course doesn’t help my recovery time.

Current goals: My main goal is to keep my body going and to lead Wales 70s to a medal in the Tokyo World Cup. Actually scoring goals is now a rare event although I take pride in twice achieving five successful penalty stroke conversions in an indoor game. And outdoors I once scored five goals in the second half after my team were losing 4-1 at half time. All those heroics are ancient history now but the game still remains as enjoyable as ever.

Favourite quote: The sportsperson’s go-to words of wisdom from Gary Player – “the more I practise the luckier I get”.

More from our My Life in Hockey series

Share
Facebook
Twitter
WhatsApp
Linkedin
Print
Previous articleTalking Hockey: My goal to play abroad was about being proactive and making it happen
Next articleWhy hockey umpires are athletes: if we fail, we adapt and go again