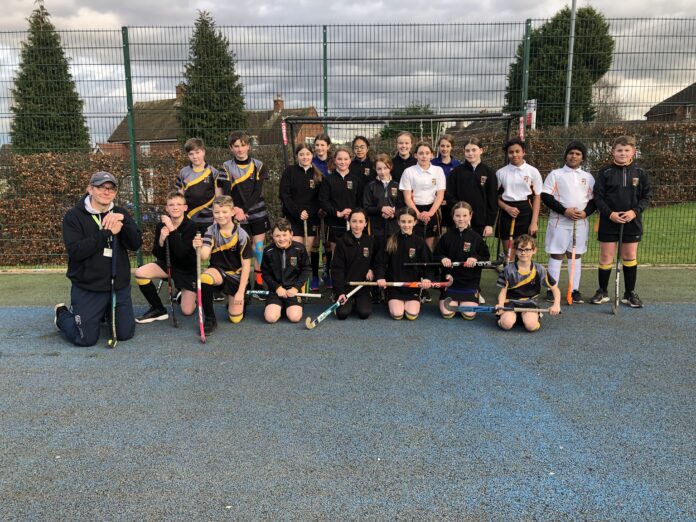 The state school hockey issue is the number one issue that England Hockey should be focusing on, writes Dave O’Brien.

As far as I see, Talent Centres do nothing to grow our sport. When I was shopping the other day I noticed on the side of a cereal packet an advertisement for girls’ football.

When I look at the brilliant work that England Netball has done over the last five years, I asked myself what is the national strategy for growing our sport – with state school hockey being a priority.

I have volunteer coached hockey, fundraised and obtained equipment at state schools for 10 years.

At the moment I volunteer coach at two state schools and help another with obtaining equipment and funding – this is after my job as a postman with Royal Mail.

I volunteered at Oasis Academy Short Heath for five years, to years 4 and 5. This school is in inner city Birmingham, in a government-designated area of high depravation. We got around 32 pupils most Tuesdays and had great success at the school. These children wouldn’t have had the chance to play and love hockey if I hadn’t gone to the school.

At my current school, Fairfax Academy Sutton Coldfield, where I am a former pupil, we have shown after five years what is possible with total commitment to developing hockey at a state school.

We don’t have an astroturf pitch and we train either indoors or on the netball courts. When I first started at Fairfax, hockey was just an after-school activity, we got good numbers (30+) and played in a tournament twice a season. Now, after five years hockey, it is part of the schools’ regular PE; we also play in a school 7-a-side league on a Thursday at the local leisure centre against two independent schools and two other state schools.

I also volunteer coach at St Patricks Solihull. When I asked for help off England Hockey with fundraising for goalkeeping kit they were brilliant in sending signed men’s and women’s shirts and signed posters which I sold on Ebay.

My ladies gathered together at short notice 19 sticks to help out Bishop Walsh School, which made me very proud as my club isn’t local to the schools involved, so none of the children would join Blossomfield.

Hockey is a great sport and easy to take up. Most kids have a pair of trainers, all the children at Fairfax have a mouthguard for school sport and shin pads and secondhand sticks can be supplied. From the humbling feedback that I have received over the last decade, I know that playing hockey can change lives, the tragedy is that it’s not a sport that is widely available at state schools.

As far as Talent Centres go, when I was at my previous club, I started Friday night core skills training. The children and parents were made aware that there probably wouldn’t be many matches, just skill training. They all paid £5 and the beauty of this was that we got more than we needed for the pitch hire.

We started in 2016 and we used to get around 10 under-10 girls most weeks. After five years we had 50+ regularly playing twice a week, Sundays and Fridays. Once a month we would train 6-7pm then play 7-a-side matches against local clubs, or play 11-a-side girls’ matches, with 80 per cent of the team made up of under-12s girls or under-14s who needed more match play time to improve.

I saw how much it improved the group as a whole and heard it from feedback from parents of girls who had either no family background in hockey or went to a school that didn’t play hockey. I saw from my time at a local cricket club how much their own mini cricket soft ball league improved their under 7s to 10s, playing lots of 8-a-side matches on a Friday.

With the Commonwealth Games coming up in my home city of Birmingham, I feel there is an urgent need to put together a strategy for getting hockey out there into state schools and embedding it in schools. We have shown what is possible.