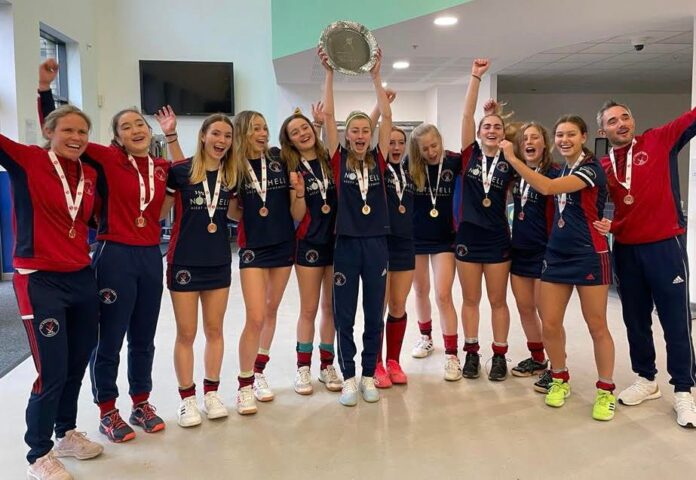 HC Knole Park etched another milestone in their already rapid rise since forming in 2019 following a superb month on the indoor hockey scene at national league and junior level.

The Sevenoaks-based club won promotion to the England Hockey Super 6s Women’s Division 1 next season following a remarkable rise through the structure.

Knole Park won all their matches against Telford, Canterbury, Beeston, Stourport and Ipswich to seal promotion to one division below the Premier Division.

Head coach Duncan Parnis said: “The girls have had an amazing indoor season and played superbly throughout the various tournaments.

“From the regional finals to this weekend, in every competition we have had to play higher ranked opposition, but the girls have transferred their training into the matches and been brilliant.

“To have reached this level in our first attempt is truly something special. Adding this senior success, to the junior success, has made this the most phenomenal indoor season ever.

Meanwhile, in the Super 6s under-18 girls club finals at Wolverhampton this month, Knole Park came away with top honours after a 2-0 victory over Surbiton, with Allen scoring a double.

After suffering defeat in the semi-finals back in 2020, Knole Park’s under-16 girls’ also claimed a title by beating Cambridge City in the final.