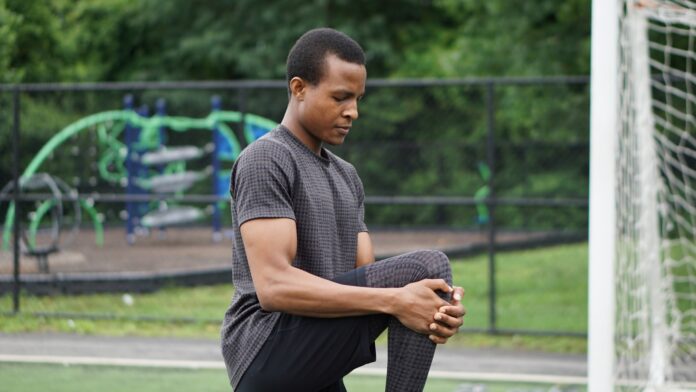 When it comes to training for hockey, the vast majority of players and coaches will focus on physical exercise. In addition to building muscle and developing endurance, elite players also look to prepare for anything that may happen on the field.

But sometimes, no amount of physical preparation or training will teach a player or team how to handle a bitter defeat or a string of mishaps on the field. In fact, a few mistakes, from passing to a player rather than into space or even a lousy call from an umpire, can derail a player or an entire team.

This is where mental toughness comes into play. A solid hockey player won’t just be adept in their specific position, but will also be able to jump back after a mistake or a whole series of flubs. This type of psychological dexterity is so important that it’s a relevant lesson for professionals of all stripes, in sports and beyond.

For example, a poker player might not face a long match on a hot summer day, but they will need to make split-second decisions while handling quite a bit of stress and unknown variables. One guide that covers how to train the mind emphasises the need for players to understand their tendencies (good and bad) at the table.

In understanding their inclinations, a player can better address stressful situations as they unfold. While it might not seem relevant to hockey or sports in general, having the same degree of self-awareness is one way top players can snap themselves out of a negative mindset that distracts them from the game.

Let’s take a closer look at how mental toughness and endurance can be used to rewire the brain for hockey.

Prepping the Mind for Victory

As mentioned in the poker example above, two key elements are to teach the brain to handle stress during a game and to understand personal strengths and weaknesses as a player. Both elements take practice, which means training the mind comes down to regular exercise—just like developing physical stamina.

One of the most robust solutions for hockey players is visualization. Like a poker player will imagine a strategy while visualizing a certain scenario at the table, a hockey player will benefit greatly from ‘going down the rabbit hole’ in a sense.

This means visualizing a worst-case scenario—not to pressure oneself into training harder, but to sort through what the best course of action is in a poor situation. On the flip side, developing mental toughness through visualization also means imagining a best-case scenario too, such as lifting a trophy or scoring a perfect shot.

Clearly, visualization is about prepping the mind for stress, which is a constant variable in any type of competition. As mentioned above, this type of strength helps players keep their wits when the cards are down. After all, anyone who’s spent time on a team knows the power of toeing the line for others.

In fact, most hockey captains are selected not just for their technical skills but also for their psychological resilience. Even after a tough defeat, the mentally strong hockey player is able to encourage teammates and rally everyone for their next game. More importantly, they’re also able to compete with sportsmanlike conduct—no matter the final score.

Though developing psychological resilience in hockey (or any sport) can be a challenge, it’s not up to players to tackle their problems alone. Typically, a good coach will lead by example. In fact, how they react to an event will help set a team’s mindset for future games.

In this way, any hockey player who wants to develop their leadership skills will need to take mental dexterity and resilience seriously. While a tough loss or unfair call can get the best of any player, preparing the mind for any situation will be enough to start framing a mindset around competition.

Though he’s an ice hockey star, Eric Lindros summed up a hockey player’s approach to training perfectly. “It’s not necessarily the amount of time you spend at practice that counts; it’s what you put into the practice.”