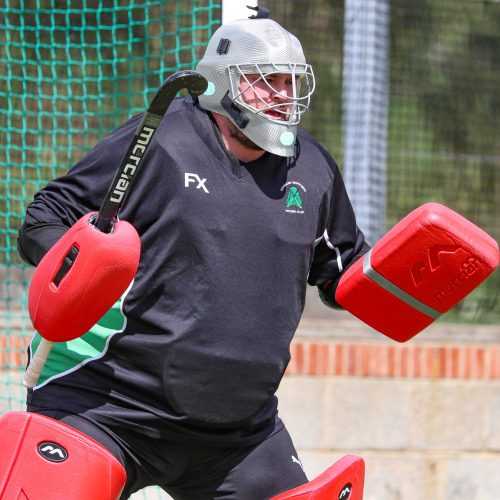 Ross Bonehttp://www.TheTopoftheD.com
Columnist for The Hockey Paper and the man behind The Top of the D. Writer, podcaster, goalkeeper and BBC Sport man. Used to work for Great Britain Hockey and have covered the sport at every major tournament.

Remember the uproar when the results of the FIH’s Hockey stars awards were announced? As India’s various nominees swept the board, a lot of people were very upset.

Only a fool would invite criticism on themselves by putting out their own list of the best players in the world just a few months after that, right?

Well, get ready to be furious all over again, because that’s exactly what I’ve done.

The world’s best players in my eyes, in no particular order are here.

There can’t be too much debate about this one, surely? Apart from being a vital cog in the all-conquering Belgian side with a trophy cabinet that’s the envy of most players worldwide, he’s also one of the standout performers in the Dutch league – widely considered the best league around. Not a week goes by where I don’t see a series of clips on social media of him doing something brilliant and every time I see him play, I’m always impressed by him despite knowing beforehand just how good he is.

Argentina seem to be re-establishing themselves as the closest challengers to the dominant Dutch in the women’s game and that is in part due to the efforts of Albertarrio. A skilful, aggressive player who ‘knows where the goal is’ as they always say. She expressed her shock at being nominated for the main FIH award, but anyone who has seen her play wouldn’t have been surprised.

If I was asked who’d be the first name on the team sheet when picking a World XI, it might well be John-John Dohmen. A player who made his Belgium debut when in his own words, they were “nowhere” he has been there throughout their rise through the rankings to a treasure chest of gold medals. A wonderful player who is closing in on the record for most international appearances, he’s a shoo-in for this list in my eyes.

Before you start, goalkeepers are players too. And this one is very easy to justify. Hinch is quite simply the best around. Her performances in the Olympics helped a Great Britain side who’d had a nightmare Olympic cycle to pick up a medal and her performance in the shoot-out with Spain reminded everyone that having Hinch in goal is like some sort of cheat code. Well worth a place on this list.

You might not have agreed with him picking up the FIH World Player of the Year award, but you cannot deny he is one hell of a player. India are enjoying a renaissance in men’s hockey as they desperately search to recapture past glories and Harmanpreet is right at the heart of that. He’s an excellent player with a knack of scoring goals and he’d be hugely valuable to any team he turned out for.

Merry is an absolute machine. New Zealand might have had a disappointing Olympics but that doesn’t diminish her continued contribution to the side. She’s their leading goal scorer of all time and she’s consistently a real menace in front of goal. Tenacious, powerful, skilful and always a threat she’s a really enjoyable player to watch.

Much of the focus on Belgian hockey falls on their men’s side but their women’s team is not without its star names. Ballenghien is one of them. Fast, technical, determined, she is a hugely exciting player who is yet to reach her peak but is already turning heads. She saw off some tough competition to win the 2021 Golden Stick in Belgium and if she can carry on this sort of form, she’s surely set for plenty more awards in the future.

Whetton just edges in ahead of a few of his Australia team mates, mostly by virtue of how good he was at the Olympics. Yes, ultimately it ended in heartbreak for him and his team, and yes, he was the player who missed the last shoot-out in the final. That shouldn’t detract from just how good he was in the tournament and just how high the level he operates at is.

One of the hardest parts of making a list like this is choosing which of the array of stars in the Dutch squad makes the cut. You could easily go for any of them and be able to justify your choice, but I’ve gone for Welten. Some of her skills are ridiculous. Her ability to manufacture space from the most challenging of situations is a joy to behold and she is a nightmare for any team she plays against. She is a terrific player.

Need a goal? You need this guy. There’s a temptation, as with other drag flickers, to sell Hendrickx short as a player and think he’s only picked due to his corners. Don’t get me wrong, he’d get in pretty much every team on that basis alone but he’s also a handy player around the field too. Top scorer in the last Olympics, top scorer in the last Pro League, top scorer in the Hoofdklasse, could you really leave him out?

So, there you have it, five women, five men who in my opinion could currently be called the best in the world. Let’s hope the social media backlash isn’t quite as severe as the one faced by the FIH. Form an orderly queue.