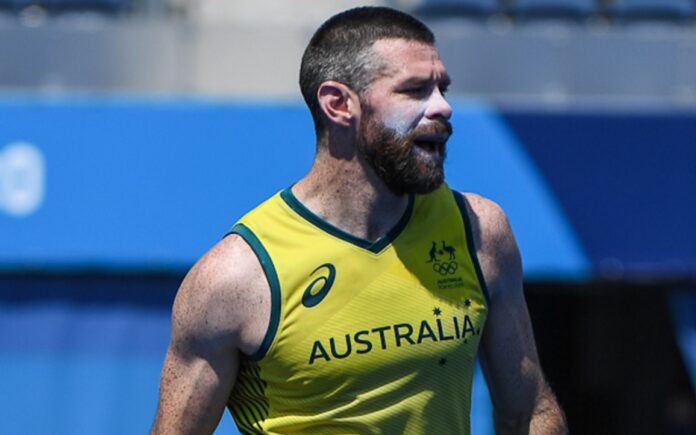 Trent Mitton, the latest of three generations to play for Australia’s men’s hockey team, called time on his international career on Wednesday.

A veteran of 181 appearances and 82 goals across an international career that started in 2010, Mitton’s grandfather Don and his father Grant also represented the Kookaburras.

Mitton, who turns 31 on Friday, was a member of the Kookaburras’ silver medal winning team at this year’s Tokyo Olympics and the inaugural FIH Pro League title in 2019.

He also won gold medals at three consecutive Commonwealth Games, the last being on the Gold Coast in 2018 where he had a standout tournament scoring six goals.

Since the Tokyo Olympics, Mitton has been playing club hockey in the Netherlands before recently returning home to Perth ahead of the birth of his first child.

“I am really proud of what I have accomplished – the three Commonwealth Games gold medals, Olympic silver medal, 2018 World Cup…now it is time for some younger guys to have a go at it and I’m really happy to be moving on.”

“Coming to the realisation that I won’t be involved and be part of that day to day Kookaburras environment is probably the thing I am struggling with the most right now,” said Mitton.

“It is something that has been part of my life for 11 years and something you think about every day during that time.

Kookaburras Head Coach Colin Batch said: “Trent has had a long and successful career. He has been a very good goal scorer for us and also has an ability to score from penalty corners.”

“On top of that he has been exceptional in his first running performance on defensive penalty corners.

“He has shown a lot of courage, resilience and has also been brave and had to overcome a lot of injuries along the way.

“Trent can walk away from the Kookaburras having achieved a lot. We thank him for what he has done over the past 11 years and congratulate him on his career.”