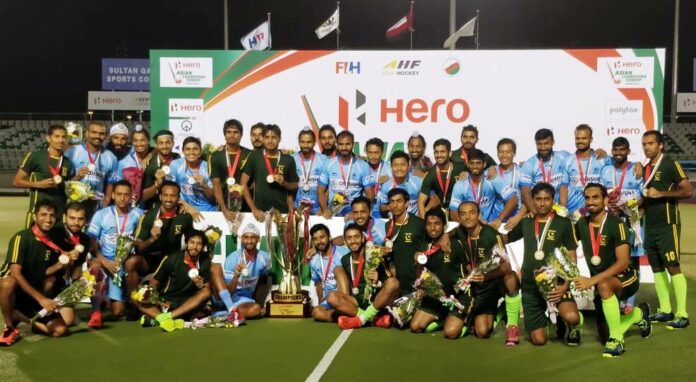 It had seemed inevitable for some time that India would not be sending a hockey team to the UK for the 2022 Commonwealth Games. The news has now been confirmed as the pressures of travelling in the current sporting climate have taken their toll.

India’s withdrawal is sad for the games as a whole and, in terms of both hockey sections, it’s going to make the situation far less competitive. However, hope remains that they can compete with officials believing that India will reverse its decision.

Hockey first came into the Commonwealth Games in 1998 and, in six overall tournaments, only one country has won a men’s gold medal. Australia have claimed every single men’s hockey competition from 1998 through to the most recent Games on the Gold Coast in 2018.

The only other country to have won a hockey gold were India, whose women’s team claimed the title in Manchester in 2002. To add to that win, India’s women claimed the silver medal four years later.

Moving back to the men’s section, India have claimed two silver medals in six attempts. It’s an impressive record and one that suggests Australia could be virtually unchallenged in 2022.

The sportsbooks seem set to back up this theory. Hockey isn’t a sport which is embraced by all betting companies but those that have markets will put Australia at the top. According to https://www.sbo.net/ the Aussies will be heavily backed for both the men’s and women’s section.

The Commonwealth Games begins on July 28th, 2022 and, once the hockey competition gets underway, those odds for hockey matches are subject to change. Sbo.net will provide updates as the competition wears on and those markets will remain in place until the gold medal matches have been concluded.

Anyone wanting to follow hockey and other sports more closely can take in a host of reading material on this site. There’s also a wide panel of recommended sportsbooks and, should anyone want to get involved, many of those operators have promotions in place to welcome new sign ups.

Moving forward, there may be ongoing offers, together with various deposit and withdrawal methods along with betting options in other sports.

It’s a comprehensive website for bettors but is there any point considering anyone other than Australia for hockey gold in 2022?

Aiming for an Upset

The nature of the Commonwealth Games tends to weaken one of the main threats to Australia’s dominance of the hockey competition.

England, Scotland and Wales will all be gunning for glory with the event on home nations soil in Birmingham. There may be a record of success at the Olympics but, in the Commonwealth Games, there have been three silver medals for England’s women and just three bronze medals for their male counterparts.

The story is similar if we look at the other main tournament, the hockey World Cup. In this event, Australia’s challenges tend to come from Europe and South America with an England side enjoying some isolated success.

Naturally, it will be sad to see Indian athletes withdraw from the Games and they will have been tipped for success in other sports. The return of cricket to the event is poorer for their absence and there will be similar issues elsewhere.

In regards to hockey, we will get another chance to marvel at Australia’s quality but it’s unlikely that there will be much of a challenge to the reigning Commonwealth Champions.

Battle ahead at the World Cup European Qualifiers