Dutch keeper, 87, bids farewell as umpire, 12, takes up the whistle 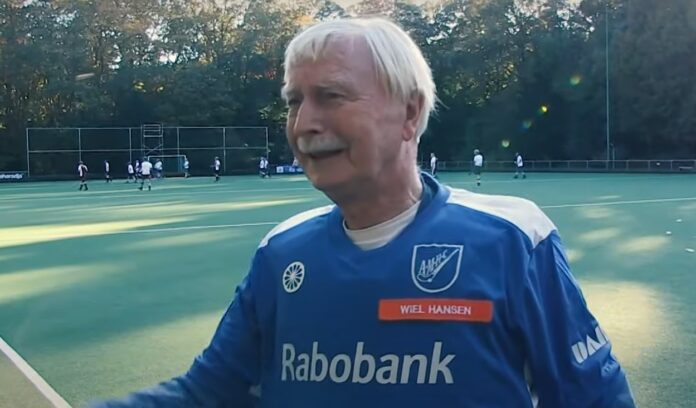 Dutch hockey has said goodbye to one of its oldest members and ushered in the new this season.

After 50 years, Wiel Hansen has called time on his decades-long career as a goalkeeper at Apeldoorn HC and last month the club held a farewell for the Dutchman.

The 87-year-old continues to train at the club although the vets side play no more official matches.

According to AMHC Apeldoorn, Hansen is the oldest active hockey goalkeeper in the Netherlands.

That is until last weekend. “I notice that every year the players around me are getting younger,” Hansen said. “I want to make way for the youth.”

Hansen has a special affinity with the club as every year he awards the Wiel Hansen cup to the Goalkeeper of the Year.

The 12-year-old is a member at MOP and passed his online exams in June.

“I like being at MOP a lot, but I want to have something to do,” he said. “Otherwise I’m just looking at my phone. That’s boring too. Then I might as well stay at home.”