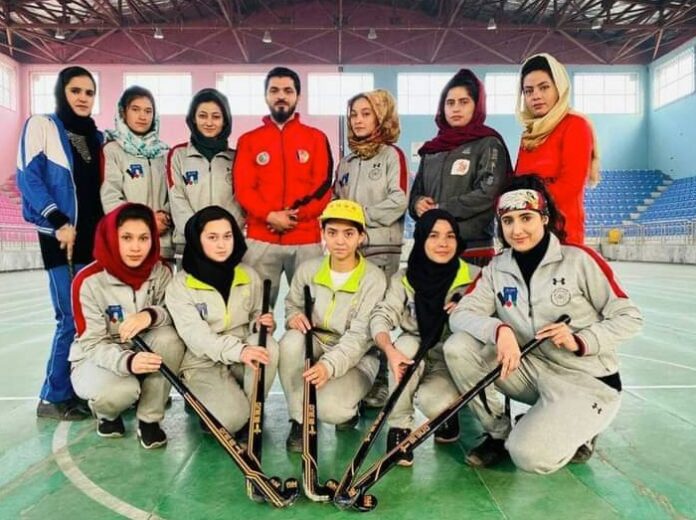 The Afghanistan women’s team have been forced into hiding in Kabul and are calling on the International Hockey Federation (FIH) to help the team flee the country after fearing for their lives.

In a letter sent to The Hockey Paper and signed by 13 members of the Afghan team, plus two male coaches, the women’s players wrote that the FIH and other organisations have “paid no attention” to the players after other sports people were offered routes to safety.

“Unfortunately Afghanistan fell into hands of savages likes Taliban once again as we progressed, all the hardships we endured over the years were reduced to rubble,” the letter stated.

“The Taliban told that women’s sports are an ugly and forbidden thing that was brought to our Islamic country by European and American countries, girls should be at home and not outside the home.

“Some of the other women’s teams in the federation were relocated to safer countries with the help of the IOC, their world federations, aid agency and countries around the world.”

In September, Afghan women’s captain Khadija Achakzai told The Hockey Paper that she had been in “serious danger” after the Taliban’s stance on women’s sport caused a global backlash.

Members of the squad have now been forced to change addresses and “spend our days and nights in Kabul like a prisoner, and our lives are in danger”.

Their belief has been heightened after the Taliban took down a picture of Achakzai from the wall of the American Unversity where she studies.

“… Unfortunately, in such critical situation, the FIH and other organisations have paid no attention to our women’s hockey team and our coach, who is danger, and forgot us,” the letter added.

“Help urgently so we that we can leave Afghanistan and continue our normal life and sports in a safe country.”

THP has asked the FIH for comment, while a spokesperson said that the world governing body was “monitoring the situation”.

Last month, Afghanistan hockey said that one of its men’s players, Najib Mohammad Zai, had been killed in a bomb explosion.

It is understood that Najib died when at least five civilians were caught up in an explosion outside a mosque in the Afghan capital.