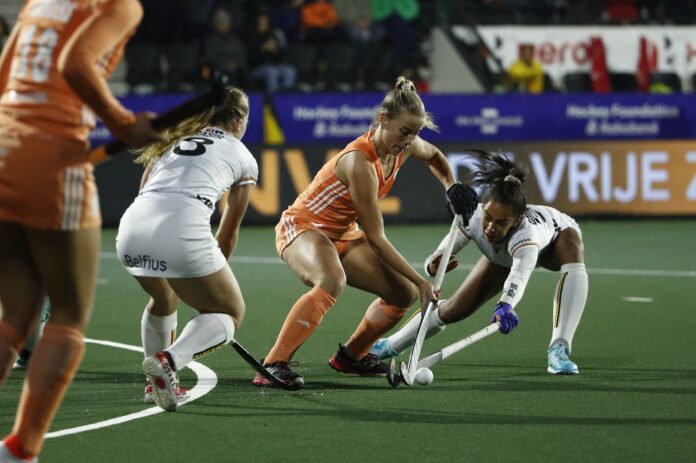 Netherlands women underlined their status as one of the best teams in international hockey history by finishing 2021 unbeaten after a 3-1 victory over Belgium in the FIH Pro League.

Alyson Annan’s side completed an unbeaten year with their 18th victory and conceding just eight goals in the process, as they secured European and Olympic titles.

In front of nearly 5,000 fans at the Wagener Stadium, Belgium took the lead through Stephanie Vanden Borre.

But three goals in five minutes in the third quarter, through Joosje Burg, Freeke Moes and Lidewij Welten, took the Dutch to victory.

Earlier, Netherlands captain Eva de Goede was forced off the field after standing on the ball in her own defensive circle.

“We hadn’t seen each other for a few weeks, since the last game, so I think it was completely normal that we needed some time to find each other again,” said Laura Nunnink.

“In the second half it was way better. We were finding each other, passing the ball to each other and played the sort of hockey that we are famous for.”

The final Pro League matches of 2021 sees the Dutch men take on Olympic champions Belgium in Rotterdam on Nov 26 and Nov 28.