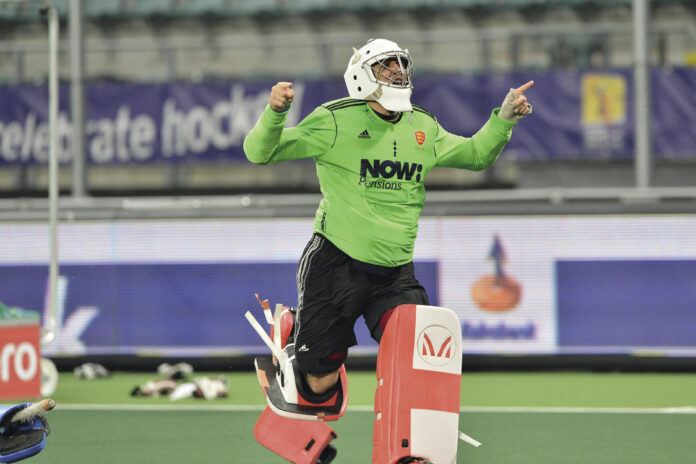 George Pinner was hailed as a “fabulous, larger-than-life character” after the goalkeeper on Thursday announced his international retirement after a 14-year-career.

He won a number of medals too, including leading England to 2017 European and Commonwealth bronzes as co-captain of the squad.

“Trying to express just how much enjoyment being part of the England & Great Britain squads for the last 14 years has given me is difficult to put into words,” Pinner said.

“Results may not have always gone the way I would have hoped but it was never through a lack of trying. Ultimately though it’s not the successes on the pitch that I treasure the most, but the lifelong friends I have made in the staff and player groups along the way.

“I can’t thank them and my incredibly supportive family and friends enough for making the experience such an incredible one.”

Men’s head coach Danny Kerry said: “George has been a fabulous, larger-than-life character within the England & Great Britain men’s teams for many years.

“Being involved in three Olympic campaigns, and the number of caps he has accrued, is testimony not just to his goalkeeping ability but to his commitment, strength of character and energy.

Ed Barney, Great Britain Hockey’s Performance Director, added: “George’s boundless energy, combined with his ability to cut the nub of issues and skilfully challenge and support others, is an example to all. It goes without saying the George’s vibrance has been uplifting for all who have had the pleasure of being around him. We wish George all the best in his future ventures.”