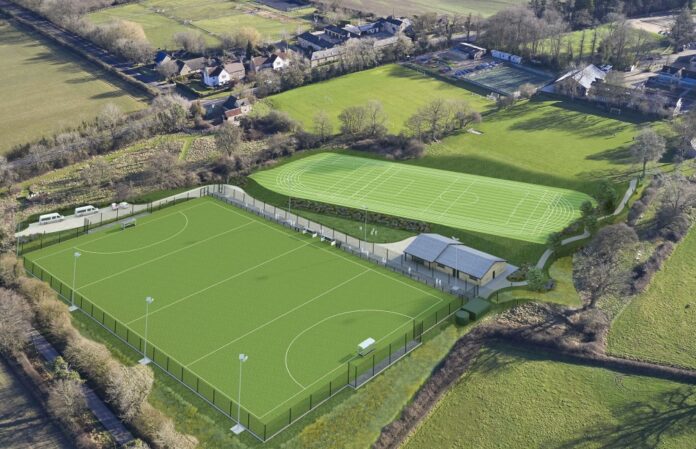 During our coverage on state school hockey and the need to grow provision, we have been inundated with responses on email and social media. Here is a selection

Actioning state school issues is hardest of all

Izzy Gardiner has caused a stir about the lack of hockey pitches at state schools. This is not a Covid issue though, but a far wider problem for the sport.

I grew up in the area in which Izzy lives and played hockey regularly at my (state) school and had matches against many other local state schools. This, however, was in the 1970s and hockey was played on grass and schools had large sports fields. As hockey moved to astroturf it was always going to be one big issue for the sport that schools and clubs would struggle with funding.

There are three state schools locally with astroturf pitches suitable for playing hockey (although others have all weather pitches suitable for football). Regrettably only one, as far as I am aware, plays hockey regularly. That school has close association with Izzy’s own club (Broxbourne).

So this is the first question to think about and answer. Why don’t schools with the facilities offer hockey as part of the core PE curriculum or as an after school club? Is it down to the staff having other sporting interest, the kids not wanting to play hockey as opposed to football even for girls (maybe Izzy’s point on being considered elitist) or that the schools don’t have the coaching resource?

The coaching resource is maybe something local clubs can help with, but let’s remember the club coaches are mostly unpaid volunteers at grass roots level who all have day jobs to do too.

Can clubs offer more? Maybe, but this is much restricted by resource. In Izzy’s local area both Broxbourne and Hertford hockey clubs have excellent youth setups for children starting out at age 7 or 8 and continuing right up to U18s and on into senior hockey. Demand is high and what is offered is of a good quality but expansion is restricted by coaching resource and suitable pitches to play on.

This comes to the second question as to why that is? The answer is simple, it is down to money. Money to lay new pitches, money to maintain them and a sinking fund to relay the carpet and money to fund coaches.

None of this will be new to your readers or England Hockey or rather I would like to say Great Britain Hockey as the situation is no better in Wales, Scotland or Northern Ireland.

Now the biggest question of all. What can we, do we do about it? This is of course also the hardest to answer but The Hockey Paper should have this at the forefront of its coverage as it is the most important. How can the paper work with the sports governing bodies to lobby Government and MPs, local councils, and the likes of The National Lottery Fund to provide the right funding; even more of a challenge with the pandemic costs to cover?

As a starting point, how can we ensure that new pitches laid are all suitable for playing hockey on and not just laid for the benefit of our richer cousins in football? Surely at least this should be simple after all you could play football on most communal hockey pitches but you can’t play hockey on one laid for football. Football is a better game played on grass anyway (in my view) and only played on astro because of the lights, so how putting lights on around existing football pitches so they don’t need to steal hockey pitch resource?

We need to do more for state schools

My daughter won the under 13 national schools championships with her school in 2019 and now they don’t do any hockey at the school at all for her age group and there is very limited provision for girls of any age. They do have an old astro on site but my daughter has been denied access for practising despite me requesting it as she had a phase 2 NAGS assessment and had no access to a pitch at all since lockdown began. I definitely support the campaign for more hockey supporters in state schools!

I am a keen hockey enthusuast and PE teacher at a state school. We do hardly any hockey now having been a competitive hockey school. What stopped us….so few schools playing, cost of equipment and facilities.
We can’t pay to travel miles.
We cant afford the GK kit.
We can’t afford astro hire.
The final new rule of face masks for penalty corners took us totally out of any occasional matches.

The sport needs a new version that state schools can access.
I hope things change but it’s going to take a huge drive and promotion.

Not in favour of state school tournament

I played hockey when I was in my 20’s – I went to a state school, my husband still plays hockey and he went to a state school that didn’t play hockey. My son plays hockey – he went to an independent school, but started playing before he went to the independent school, he played at a local club. He’s a very good player, and yes he played at a school with good facilities, but a lot of hard work, including fitness, aswell as hockey skills, and time was put into the sport.

However having a state school tournament, in my opinion is a bad idea. Why do you not encourage those students that want to play hockey to join a local club where the state and the independent kids can play and be coached in unison. Why are you trying to segregate the kids? State schools should be actively encouraged to forge links and relationships with their local grassroots hockey clubs. All local hockey clubs are crying out for ways of increasing their membership. They provide coaching opportunities for all age groups including primary and secondary school ages. They can provide playing and coaching opportunities. I think we all want kids to play hockey even through their schools, but local clubs are very well set up and could help improve their levels of both skill and confidence in the sport particularly when playing in school games.