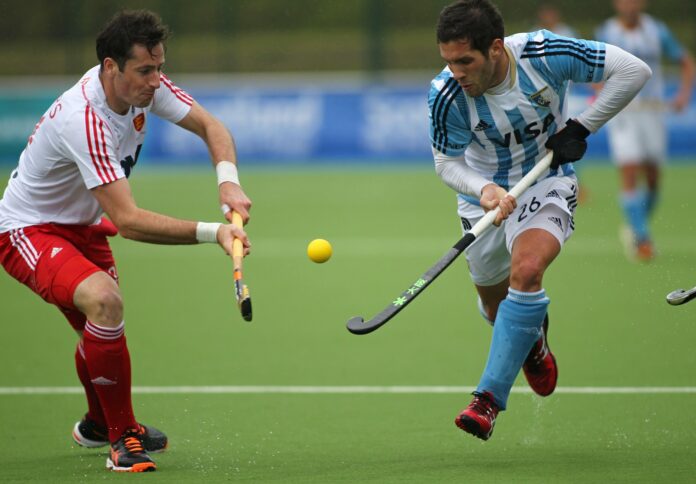 For me the five-metre issue inside the 23m can be a really tricky one.

Why so? Well, because the umpire may be trying their best to be proactive and managing where the free hit is going to be taken as well as when or whether the attacker ‘shows’ the ball being stopped.

Besides trying to see out the back of their heads who is whacking who, that it is really difficult to see how far everyone is from the ball when it is taken.

The offending player (i.e. the one who gave the free hit away) who engages early is easier to deal with, however the second defender is often tougher.

A team’s defensive plans may give you a clue and better organised teams will get a second defender to attack the ball once it is live.

And they generally do come from five metres away but it often appears not to be so because the umpire is so busy. Be careful on judging these and be sure!

In these scenarios the first offender often raises hands and completely avoids engaging because he or she knows someone is backing him up.

Alyson Annan: Hockey World Cup recap, the good, the bad and the ugly

‘A mockery’: Video referrals in hockey to remain within 23m only, say FIH

Meet the teenage umpire: my journey is like no-one else’s I know