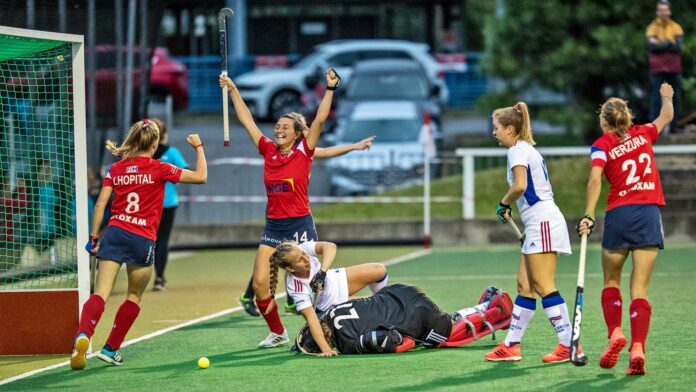 The FIH women’s competition takes place in Pisa from Thursday to Sunday, with the men’s tournament running the same dates in Cardiff. The match schedule is based on the Olympic order seeding, which was based on the FIH world rankings.

France are top seeds in Cardiff courtesy of their world No 13 ranking. The match against the Poles continues their long-running clashes, including at the 1972 Olympics in a 4-4 draw. With Paris hosting the 2024 Olympics, qualifying for the 2023 World Cup will be key for Les Bleus.

On paper, the closest match-up with Austria (WR19) and Scotland (WR20). The two nations met twice at the EuroHockey Championship II in the summer, Austria winning both games, while Scotland, bidding for a first World Cup berth, were a man short through the competition.

Russia (WR23) haven’t faced Ireland (WR14) since 2014. The Russians found the going tough at the 2021 EuroHockey, before finishing with a madcap 6-5 defeat to France and drawing 3-3 with Wales. Ireland, playing in EuroHockey II, took bronze in a first competitive outing in almost two years and will have several players back after Covid close contact issues.

Rubbing shoulders with the top Euro nations in the A Division for the last two tournaments has given Wales plenty of pedigree, while they beat France in the summer and will count on home support in Cardiff to reach the final and a first World Cup berth. Italy finished fifth in the recent Championship II.

Format: The winners will be play in the semi-finals on Saturday. The final will take place at 15:30 UK on Sunday. Matches streamed live at www.eurohockeytv.org

In the last five meetings between Russia (WR20) and Belarus (WR21), the latter have come out on top four times. However, Russia will go into their clash with bragging rights, having won their last contest 5-0.

The top-ranked team in Pisa, Ireland will look to topple a team on the rise and gunning for a World Cup berth ahead of the 2024 Olympics in Paris. Ireland are unbeaten in their six meetings against France.

Scotland have their win over Poland at the 2019 EuroHockey II in the bank as they qualified for the A Division. On paper, they have a stronger squad too under interim coach Chris Duncan.

The head-to-head reads 6-2 in Italy’s favour since 2014, while the hosts will be looking for buoyant home support to see world No 17 side into the business end of the tournament. However, Wales have Olympians Sarah Jones and Leah Wilkinson in their ranks.

Format: The winners will be play in the semi-finals on Saturday. The final will take place at 15:30 UK on Sunday. Matches streamed live at www.eurohockeytv.org