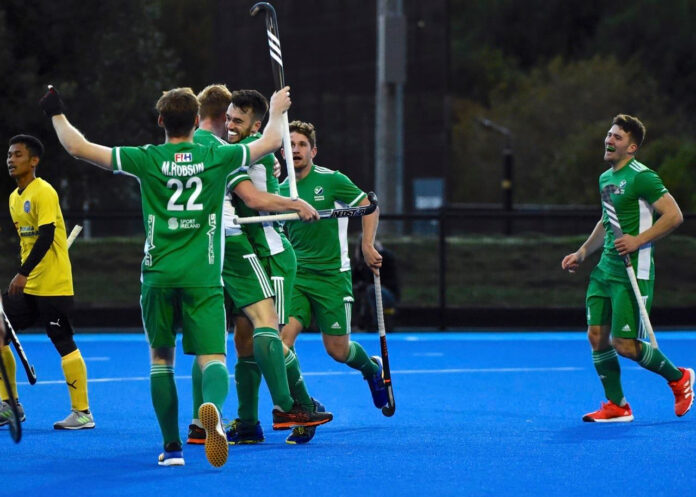 Ireland men’s coach Mark Tumilty says it would be a “massive boost” for the Green Machine to reach successive World Cups.

Ireland play Russia in their first knock-out match on Thursday in Cardiff. Despite being a lower-ranked team, this is the post-pandemic world where goals have gone in across the globe and Russia still playing a high-tempo, attacking mode of hockey.

“They are definitely a talented side with a goalscoring threat as they proved in the European Championship this summer,” said Tumilty.

“We go into the tournament well prepared and with a strong squad. It is a matter of whether we can deliver to take that next step and get to a major tournament. It would be massive boost for this senior men’s team to qualify again for a World Cup. It’s a big challenge but is one I certainly believe this group of players have the ability to overcome.”

World No 14 Ireland need to win their first two games to land a place at the 2023 showpiece event to be played in India.

It has been a quick turnaround time since August’s EuroHockey Championship II campaign in Poland where a fresh-faced Green Machine, featuring eight tournament debutants, took bronze in a first competitive outing in almost two years.

Since then, the vastly experienced Olympian Conor Harte has returned to the fold. Luke Madeley, Jamie Carr and Lee Cole are also available having missed out on playing time at the Euros when they were deemed close contacts in the lead-up to the event.

For Carr and Madeley, it was especially frustrating as they spent 10 days in a Gniezno hotel in quarantine but, all going well, Tumilty feels the extra know-how in big game situations will be invaluable.

“There is more experience in this squad and, with the straight knockout format of the tournament, I feel experience will be very important” Tumilty said of selection.”

The recent two-game series against Malaysia was an opportune one, winning the first 3-2 before getting a reality check in a 4-2 defeat to the speedy tigers.

And the lessons learned from that second game will be crucial when it comes to the qualifiers.

Tumilty said: “We’re playing knock-out hockey in Cardiff and there’s no room for a bad period in the game at any stage as we found out against Malaysia. We conceded 3 goals in a very short space of time in Quarter 1 which proved costly and a good lesson in how a game an go away from you very quickly.”