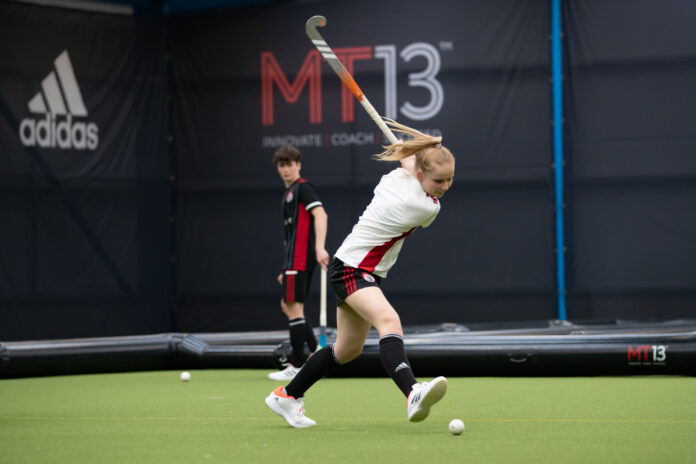 Following a review of its summer 2021 camps and in response to feedback from players and parents, MT13 have introduced new revolutionary equipment and have refreshed many of the drills and activities incorporated on our 2 Day Camps.

These changes will give the camps a fresh look and feel; ensuring that they remain innovative and fun packed while the careful design will help improve every aspect of your game and camp experience.

The camps are suitable for all hockey abilities aged between 8 and 16 years old (players will be grouped by ability not age).

With less than 2 weeks to go until our camps, there are limited spaces available. To book your space here.

This October half-term MT13 will be at more venues than ever before:

Coaching By The Best

MT13 was set up in 2008 by ex-England international Matt Taylor, with the core principle of developing hockey through player development and coach education. Matt has worked with thousands of players including many junior and senior internationals over the last 12 years and his reputation is highlighted by the fact that he’s one of a prestigious group of coaches to have coached both GB captains from Tokyo 2020; Hollie Pearne-Webb and Adam Dixon.

MT13 also engages with some of the best coaching minds from around the world. In 2013, Ric Charlesworth was headline speaker at the MT13 Senior Conference, followed in recent years by Max Caldas and Adam Commons.

For more information, go to mt13.co.uk