Why Does Ice Hockey Struggle in the UK? 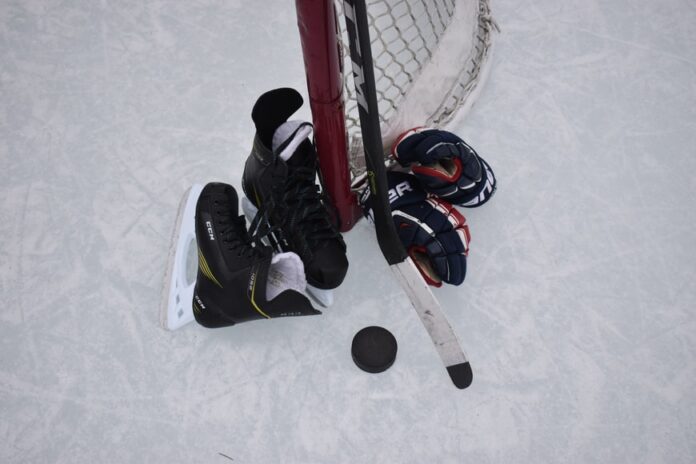 Although the game of hockey can be traced back further, most historians credit England for inventing the modern sport. During the 19th century, the country’s private educational institutions helped to make it popular before clubs began to spring up.

The rules of the game were then developed and codified by Middlesex Cricket Club as a winter sport that could be played outside of the summer cricket schedule, then Teddington Hockey Club helped to shape the modern game by adding the striking circle and using a ball instead of a cube. The Hockey Association was then formed in England in 1886 and the International Rules Board in 1900.

Over on the other side of the Atlantic Ocean, the game of ice hockey was being developed. Montreal hosted the first organised indoor ice hockey game in March 1875, at Victoria Skating Rink.

At this time, Canada was still part of the British Empire, and in 1886, Frederick Arthur Stanley became the Governor General of the country. During his time in office, Stanley fell in love with ice hockey after watching a match between the Montreal Victorias and the Montreal Hockey Club.

He became heavily involved in the game and helped organised ice hockey take hold in Canada. His influence can still be seen today, with the highest award in North American ice hockey, the Stanley Cup, named in his honour.

So with so much British involvement in both field and ice hockey, why does the latter continually struggle in the UK?

Comparisons With Other Leagues

The two biggest ice hockey leagues in the world are North America’s National Hockey League and Europe’s Kontinental Hockey League. Both are hugely popular within the countries that have teams competing, including Finland, Russia, Canada, and the United States.

These leagues are also popular among hockey fans in other countries, including here in the UK. In fact, they can often enjoy a bigger following than their smaller domestic leagues.

Fans watch games on TV in their millions, pay good money to watch games in person, and follow the progress of the season intensely. In some of these countries, wagering on the games is also incredibly popular especially during times when bookmakers run generous free bet promotions to attract new customers.

The popularity of the leagues has made them hugely successful from a commercial perspective. The majority of NHL teams are worth at least $400 million (£300 million), while the biggest franchises, such as the New York Rangers, are worth in excess of $1 billion (£730 million).

In contrast, the UK has seen its top-flight ice hockey leagues suffer from financial difficulties on more than one occasion in the last couple of decades. The Elite Ice Hockey League, which was formed in 2003 after its predecessor collapsed has also had a conveyor belt of teams with some folding and new ones taking their place.

The Belfast Giants, the team that won the EIHL in the last season to run, reported net assets of £305,700 in its latest financial accounts, a figure that could constitute a rounding error for the New York Rangers.

Financial difficulties are, therefore, clearly one of the biggest issues holding ice hockey back in the UK, but it’s not the only problem it faces.

The lack of stability in the top tier of British ice hockey makes it difficult for strong fan allegiances to be made. It also means that the media are less interested in reporting on the sport, making it harder to attract new fans. In fact, it has traditionally been much easier to watch NHL games in the UK than EIHL matches.

This creates a chicken and egg scenario that makes it difficult for ice hockey in the UK to take hold because it doesn’t yet have a big enough following to attract greater media coverage. Yet without that coverage, it will struggle to grow.

Furthermore, while the country has a reputation for being cold and wet, its temperatures don’t generally dip far below zero during the winter and when they do, it doesn’t happen for long.

On the other hand, northern US states, much of Canada, Finland, and large parts of Russia do have a lot of snow and ice, making ice hockey an easier sport for people to get involved in.

Given the UK’s long relationship with all forms of hockey, it is, perhaps, a little surprising that ice hockey hasn’t grown to match the success of leagues in other countries. But financial difficulties, the wrong climate, and a lack of critical mass hold it back, and it’s unclear as to whether they can ever be overcome.