Hockey’s 3G pitch plight: The clubs affected in the UK 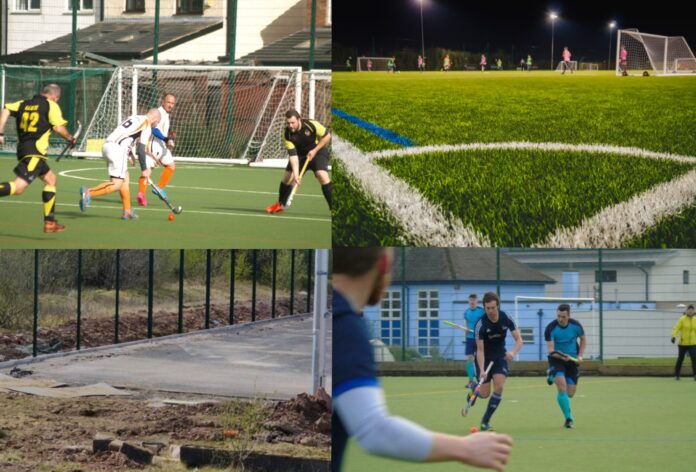 Since we launched our coverage of 3G pitches, we have been inundated with correspondence across the UK and tales of clubs battling to retain hockey provision.

We have started to collate all threatened clubs here. But there are many more out there. If you know of a club in a similar position, please email us

Our full coverage has news, features and analysis

Bury HC –  are in the “perfect storm” of the ‘academisation’ of local high schools and 3G astroturf stifling hockey.

Lymm HC – “We are in a situation where we don’t know how we are going to continue to facilitate hockey in the coming years.” (Sep 2021)

Western Lakes HC – The club believes that hockey in their Cumbrian borough has effectively been ‘killed off’ by the installation of a 3G pitch.

Chapeltown HC – Sheffield club’s last two schools they have played at –  both private finance initiative schools – have had their pitches resurfaced, leaving the club to move both times, and four times in all over the last 10 years. (Sep 2021)

Blackpool Easter Festival – This has been going for almost 70 years and may have to move out of Blackpool soon if the pitch is converted to 3G. There is also the effect on hockey locally. We first highlighted the issue last year and the festival still remains under threat.

Oldham HC – According to one reader, the club is “clinging onto their pitch with a very thin thread, the school we use basically don’t want us using their facilities so try and out price us for the cost of using the pitch.” (Sep 2021)

South Tyneside – There are “very few pitches” in the area, one reader wrote, “and few teams struggling to secure decent facilities – the creation of more pitches unsuitable for hockey is ridiculous!”

North Notts HC – Currently without a pitch due to the school facility now not opening it “and rumours they want to turn it into a 3G pitch also”. (Sep 2021)

London Academicals – The club has fought hard to find new home after being driven out by 3G football demands.

Milton Keynes HC – The club currently books slots for training and matches on a council owned pitch which is not being maintained to a safe standard. There are a large number of flood lights that don’t work and the club has constantly asked them to be fixed, one of a amounts a number of issues it has with the current arrangement. (Aug 2021)

Clacton HC – Essex club’s decision to disband in June 2021 was described as “extremely upsetting” following the news that 113 years of hockey in Clacton-on-Sea has ended.

Horley HC – In Feb 2021, the Surrey/W Sussex club were left “dismayed” over a decision to convert the pitches they hire into 3G surfaces. They could lose both of the school pitches it currently relies on to play hockey – one of which has been their home for the last decade – and said they had not been consulted on the decision. (Feb 2021)

Thetford HC – Norfolk club received a ground swell of support in 2019 after petitioning to save its club from folding after a 3G was mooted on its pitch.

Bristol & West HC – the 2G pitch at the Winterbourne Academy may well be replaced by a 3G pitch if the school partnership gets its own way. (Sep 2021)

PGSOB HC (Plymouth) – The club has been pressing his club’s local authority without any valid response for the last three years. (Sep 2021)

Teign HC – When a 3G pitch was due to be laid at the community college where Teign HC in Devon train and play, the club had little sway.

Aberystwyth – There was until recently an astro at the University. Many teams used it on weekends and for Uni hockey. Two years ago, 3G was put down “destroying hockey in the town and that part of mid Wales”. It’s now at least an hour’s drive to the nearest pitch. “This is a grim warning to NGBs and local authorities alike. Ignore this at your peril,” wrote one reader.