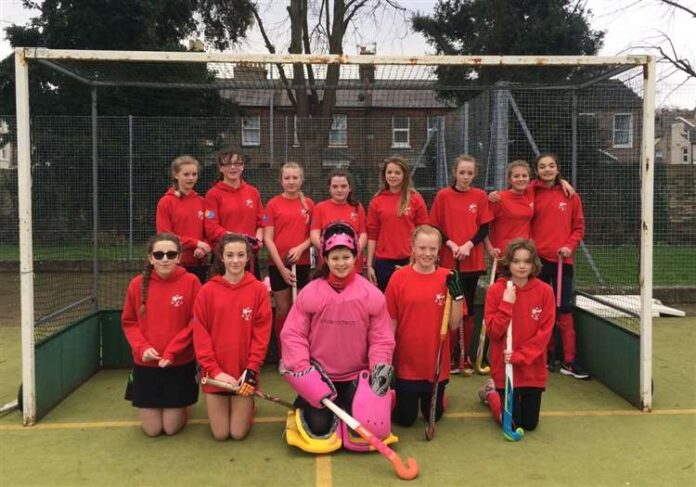 A fundraiser will be held this weekend for Cliftonville Hockey Club’s Gabriella McAllister, who suffered two massive seizures earlier this year and is having to learn to walk again.

McAllister, 16, had made it through the gruelling England Hockey under-16 trial process prior to the seizures and had been tipped as one to watch.

She has a condition called Functional Neurological Disorder (FND) and these two seizures initially left her unable to speak or walk – though she has since regained her speech and the use of one leg.

Her father, Pete, has had to quit his job as he takes on the responsibility of caring for his daughter, with care costs mounting up.

McAllister regularly suffered seizures as she grew up, though their effects were much less severe than the two in January.

Speaking with KentOnline, he said: “Even all through this she was playing hockey. She would do whatever she could to play; it’s her life and it’s her dream to wear the England rose.

“She went to the England trials, which were over five days, and I told her to ‘just enjoy the ride’, but then she started getting through each trial and was selected in the final three players.

”Then in January she had a double seizure out of the blue. Her mum went up to her room and she was having one – we had to just stand there and wait for her to come out of it.

“When she did she had no idea who we were and we thought ‘that’s a bit different’ – then she went back into a second one and when it stopped she couldn’t speak.

”Her whole world just went in that moment.”

As a result of the costs, family friend Charlotte Rintoul set up a GoFundMe page which has so far raised nearly £2,500.

There is also an event at Broadstairs Cricket Club this weekend to raise more money – with tickets priced at £5.

Ahead of the fundraising event, Rintoul said: “They’re a friend of ours. It’s my partner who’s more involved, he’s a captain at Cliftonville – that’s how I know them.

“It’s been quite tough on them, bless them. They’re the type of family that just work really hard.

“He’s [Gabriella’s dad] really hard working and set that in Gabriella, she’s always been like that. She was working really hard towards becoming a goalkeeper for England and GB, and she got in with a few other people.

On the fundraising, she said: “It was so crazy. After three days or so, I had a message from my in-laws saying ‘have you seen how much money you’d raised?’ and I hadn’t really checked but we’d already got to £1,000 by that point.

“It was just a wow moment, it’s amazing to help.”