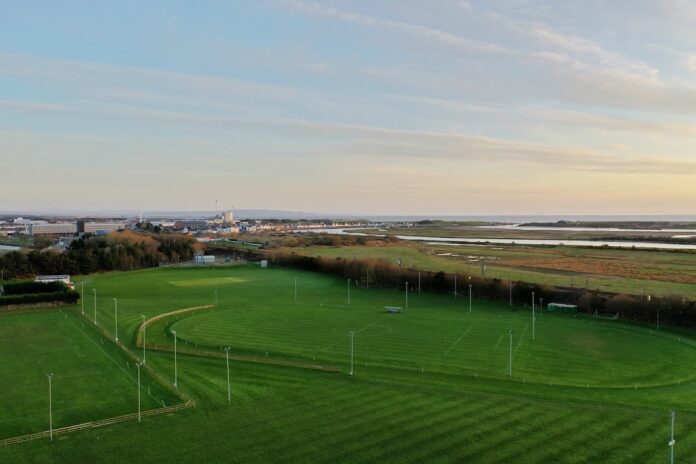 A Scottish women’s club has seen a decision for them to return to their grass pitch reversed by league chiefs.

North Ayrshire’s Irvine HC, founded in 1945, had managed to successfully convince their local sports club to turn their football pitch in Marress into a hockey pitch, a major victory for hockey and women’s sport.

The local football teams were understandably unhappy at being told to play somewhere else, but Irvine Community Sports Club chiefs stood by the Ladies.

That is until an abrupt u-turn ahead of the new season for both football and hockey after league officials said that competition could only be played on astro. A season of hockey friendlies now awaits the women’s side.

The club said on Facebook: “We received the upsetting news from our district that we will be unable to play our home games on grass for this upcoming season.

“This means that while we can train on our new pitch we can’t actually host any league matches on it.

“Unfortunately the cost of installing astro and the fencing required around it is too high for us to afford at the minute.

“After much consideration and weighing up the financial costs of alternatives we as a team have made the difficult decision to withdraw from the league for this season and focus instead on rebuilding the club, training hard and recruiting more players.

Irvine AFC football manager Keith Graham told local media: “Whilst we don’t like to see any team struggling, we find it extremely strange that a well established club has been replaced by one who have been struggling for a while now to field a team for a while.”

Previously, the Sports Club secretary, Andy Rennie, said the decision to give hockey the rights was based on “hockey club’s long association with the club, the passion which they demonstrated for ‘coming home’ and the sports club’s policy of trying to create dedicated development areas for each of its six outdoor sports, archery, cricket, girls football, hockey, rugby and running.”