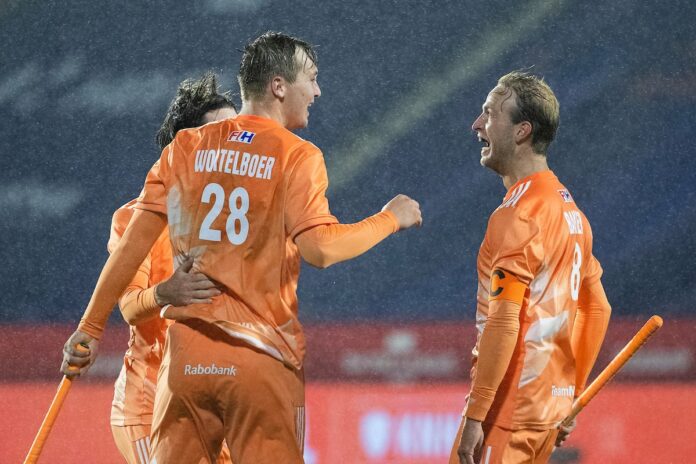 Dutch star Billy Bakker has hung up his stick after ending his career with the Oranje national side as well as at Amsterdam.

The 32-year-old Dutch men’s captain played 236 times for his country. Twice a World Cup runner-up, three-time European champion, Bakker was a mainstay of the Netherlands side over a 12-year international career. However, for such a dominant, star-studded side, Olympic gold eluded Bakker, with silver as close as he got.

“The moment to stop doesn’t depend on age or result,” Bakker told hockey.nl. “There came times in my career when I started thinking about other aspects. About life outside of hockey and about my social career.”

Bakker, who made his decision last May, made his debut in 2009 as a right back, scored six times at London 2012 as a forward and ended his career as a utlilty midfielder.

His final game came in the last eight defeat to Australia at the Tokyo Olympics, a month after winning his last match on home soil at the 2021 EuroHockey Championships.

“It may sound crazy, but Tokyo was also a very nice experience,” admitted Bakker, who said the Oranje’s group stage form was below par.

“I experienced those matches very consciously, because I knew it would be my last … Stopping at an absolute peak in terms of results is only possible for very few people. Unfortunately that wasn’t the case for me.”

Double Olympic gold medalist Hauke announced his decision to step back after a career that brought gold in Beijing in 2008 and London 2012.

Fuchs was also part of the Olympic gold medal winning side in 2012 as well as landing European gold medals in 2011 and 2013. Fuchs also collected a 2016 Olympic bronze. On the club front, he has won the EHL four times, twice with UHC Hamburg, twice with HC Bloemendaal.