Sisters doing it for themselves at Old Merchant Taylors 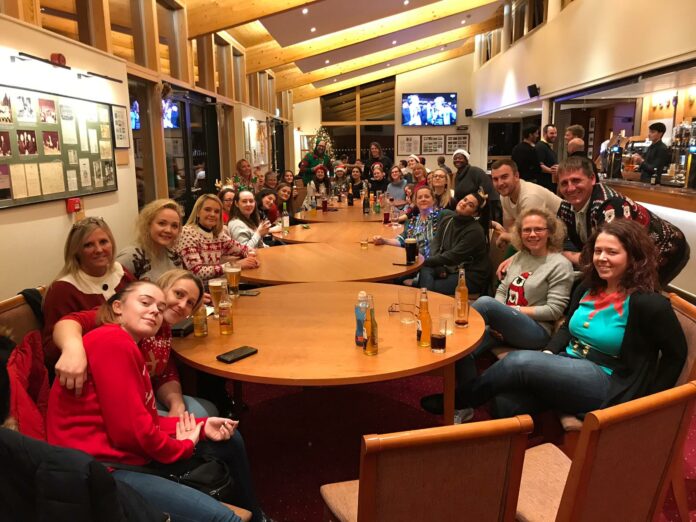 Ahead of the 2021/22 season, we are celebrating club hockey by reproducing some of our best print archive for online

A director of hockey at Old Merchant Taylors’ HC says the introduction of a women’s club has “broken new territory”.

Dawn Whitmore oversees the women’s section at a school which is traditionally boys’ focused. But OMT – where Olympian Richard Alexander is also director of hockey – have been an important cog in recognising the need for a women’s and mixed section.

“We are quite unique in that we keep the ladies section all together. We’ve kept it as a social side,” said Whitmore.

There are volunteers galore. There’s a former student of the school with a passion for the club, a junior’s dad helping out coaching the 1s and a partner of one of the members who is also volunteer coaching.

“We’ve built from within and the vibe is that because of the volunteering there is a lot more respect and people say that whenever they come they’ve never been made to feel more welcome,” added Whitmore.

“People have presumed it is still a boys’ club here due to the prestigious school. We are really well supported by the men’s side and they do everything they can to help us out. We are breaking into territory.”

Dawn’s sister, two nieces and cousins all play at the club, while there are five sets of sisters, eight mothers with their daughters and six lots of related cousins.

She added: “We have two mothers who have come to watch their daughters. They’ve sat on the sidelines and we ended up including them.

“A lot of families these days say ‘when did you last see your sister?’ Our playing sisters are seeing each other twice a week at hockey It’s been great for families.”

One of the players, Michelle Dunster, came off the pitch when her daughter Sophie played her first game.

She said: “I can’t believe that Sophie has played her first full game and all three of us come out now and have an interest that is for all of us to share. I am still sharing times with my daughters.”