The club is still searching for a head coach while the squad rebuilds around new skipper Lynsey Douglas, a former Scotland International rugby player 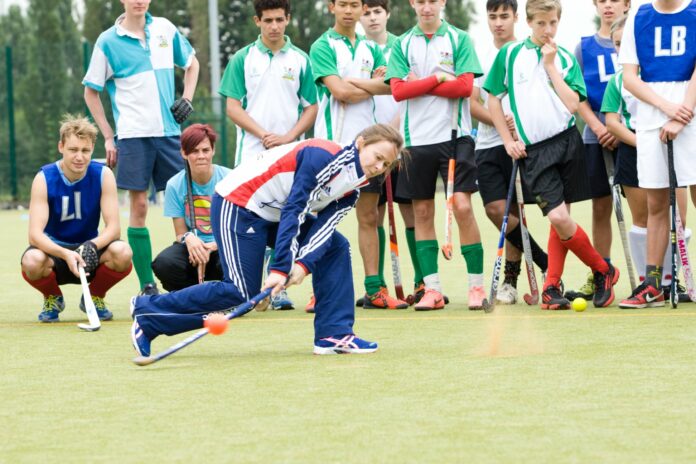 Waltham Forest HC is in the middle of a five-year transformation, and positive changes are afoot for the Ladies’ 1s squad ahead of the coming season.

In 2020/21 the first team challenged the best sides in East Div 2NW and will be playing in Div 1S next season. Over the summer, coach Uzair ‘Ozzie’ Pandor and captain Laura Ayre both stood down, kicking off a double recruitment drive.

The club is still searching for a head coach while the squad rebuilds around new skipper Lynsey Douglas. A former Scotland International rugby player with 29 caps, she played in the 2006 and 2010 Women’s Rugby World Cups.

Douglas is excited about her new challenge at Forest. She says: “We’re looking forward to a competitive season in East Division 1 South and have a fantastic mix of experienced players and exciting juniors coming up from our strong youth setup.”

Joining the fight for promotion is centre-forward Fiona Pennie, a current GB Canoe Slalom Team athlete and two-time Olympian. Pennie and Douglas have years of international experience between them and know what’s needed to succeed as a team.

As a group of players, the Ladies’ 1s squad has fresh ideas on how to utilise the experience within the club and keep challenging every player to improve.

Watch: Why Waltham Forest is looking to progress

Speaking about the current recruitment drive, Pennie said: “We want an ambitious new coach to come in and develop us individually as hockey players, and also as a team, so we can compete with every side in the league.”

The combination of new captain and coach catalysed positive change a year ago for the Men’s 1s.

Arriving to join new skipper Seb Lancaster, head coach Leon Webster made an instant impact, raising the intensity of training and better integrating youth into the first team squad. The men’s first team moved to Lee Valley two seasons ago and now play all league fixtures on Olympic-standard water-based pitches. Exploring a similar transition for the ladies first team is one of the big opportunities for a new head coach.

The club’s youth section has grown rapidly over the last 12 months under head youth coach Philippa Leguen de Lacroix, and now has 230 members aged three to 17.

The U14 girls’ side qualified for the last London Youth Games finals in July 2019 and contributed to Waltham Forest being awarded ‘Most improved borough’. Developing youth talent is an important part of the club’s inclusion agenda, alongside Adult Beginner Courses, an active BAME group, and Forest Flyerz – the UK’s longest-running disability inclusion group for hockey.

Forest Flyerz partnered with AccessSport in 2011 to launch a new programme helping local clubs become more inclusive, and the movement is now nationwide with over 20 sections. Run for the last three years by David Stark, the award-winning group will be attending the Flyerz Festival in September and hopes to meet the current ‘Flyerz Champion’ later in the year – former Team GB Hockey champion Emily Defroand.

The associated reduction in admin effort will allow club volunteers to focus more time on new initiatives including a programme to develop its own coaches, and providing dedicated goalkeeper training.