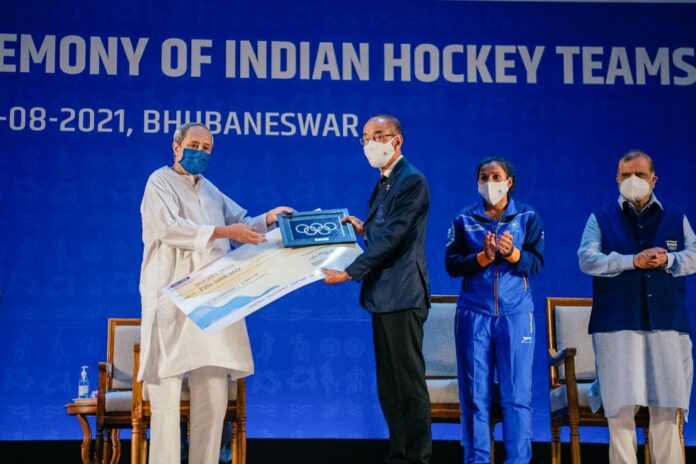 Indian hockey has been bolstered with further sponsorship investment after Odisha said it would continue its support for another decade.

Odisha chief minister Naveen Patnaik said on Tuesday that it would continue to sponsor the men’s and women’s national teams after the current sponsorship finishes in 2023.

In 2018, Odisha signed a major deal with Hockey India after Sahara India withdrew its sponsorship over legal issues.

The next men’s World Cup, set for Bhubaneswar and Rourkela in 2023, looks set to be the biggest tournament staged following the success of both India teams at the Tokyo Olympics.

Patnaik said: “These are deeply emotional moments for India to witness the revival of Indian hockey. For nearly four decades, hockey fans have been yearning to see India grab a medal at the Olympics.

“The way the entire country was glued to the screens to watch the hockey teams’ matches, it is quite evident there is something more to hockey than just sports. In these crisis times, the teams have brought smiles to the faces of crores of Indians. We all should be thankful to our boys and girls.”

He added: “We, in Odisha, are elated that our partnership with Hockey India has led to this great achievement for the country.

“I believe, Odisha and hockey are destined to become synonymous. We will continue our partnership with Hockey India. Odisha will support the Indian hockey teams for 10 more years.”

India’s Manpreet Singh said: “The Olympic bronze has been won by us as players, but in truth it belongs to India. It is a gift from Chief Minister Naveen Patnaikji whose vision and constant encouragement helped us achieve our dream of winning an Olympic medal after 41 years.”

“He (Patnaik) is a pillar of support for each one of us and this dream would not have been possible to achieve without his guidance and continued support.”