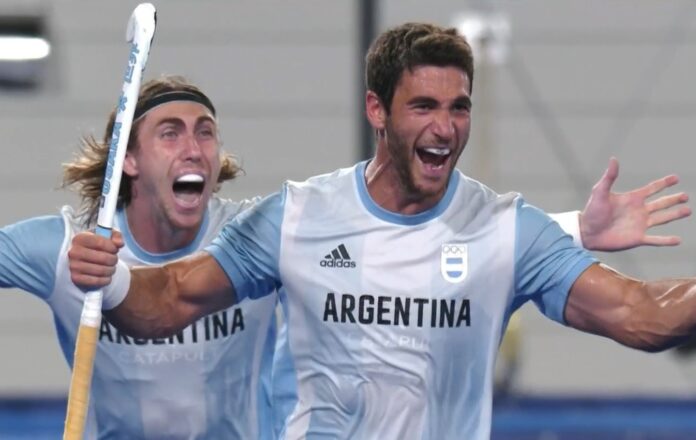 “Goooolllll!” Carlos Retegui screamed with clenched fists on the sidelines.

The TV director at the Olympic hockey certainly knew where to place his cameras as defending champions Argentina kept their Tokyo Olympic dream alive.

“I think he is the most passionate coach in the world,” Maico Casella said before Los Leones’ 4-1 win over New Zealand, who saw their bid end to a rampant Argentina. “We need that passion on the bench so for us it’s a big help.”

It seemed that way too as Retegui belted instructions – “Forward!” – during a second-half where they finally found some form ahead of the last eight.

Needing to beat the Black Sticks to assure their passage, they had gone behind to an early Kane Russell goal.

They needed an instant reply and found it through Lucas Martínez and then Lucas Vila two minutes later.

The Kiwis cleared off the line with a batted stick in the third quarter and the Olympic champs then battened down the hatches as the Black Sticks went forward in swathes.

They couldn’t find the goal needed to keep the game alive and Nicolas Keenan’s goal 44 seconds from the end sparked wild scenes on the hooter.

Earlier, Spain had scored inside the last minute to also advance into the last eight.

The late leveller had meant that Argentina needed to secure a win. And how.