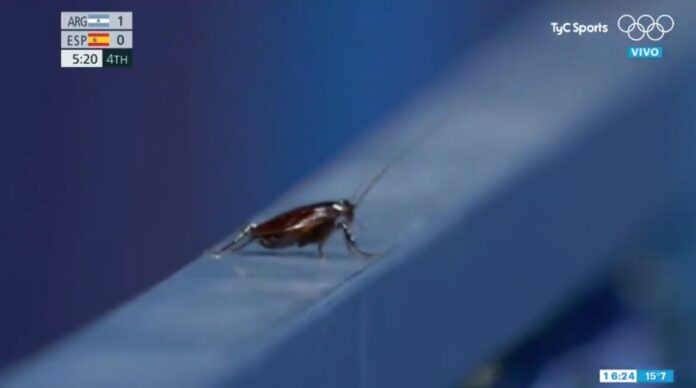 Twitter users have marvelled at a TV cameraperson’s astute casting of a cockroach during a Tokyo Olympics hockey match.

A social media post of the moment the operator panned away from the action to catch the cockroach waddle up the sidelines has been viewed over five million times and liked over 270,000 times.

It came in the match between Argentina women and Spain as a TV camera for the Olympic host broadcaster found the scurrying insect more interesting that the actual game.

The South Americans were leading 1-0 late in the fourth quarter when the soon-to-be viral clip took place on Argentinian TV.

Such is the enormity of the Olympic Games that the clip was immediately picked up by Ladbible, while several Indian media outlets also ran stories. Of course, it warranted the attention of The Hockey Paper.

After all, no other hockey clip – mainly due to rights issues – has surely gathered as much as five million views!