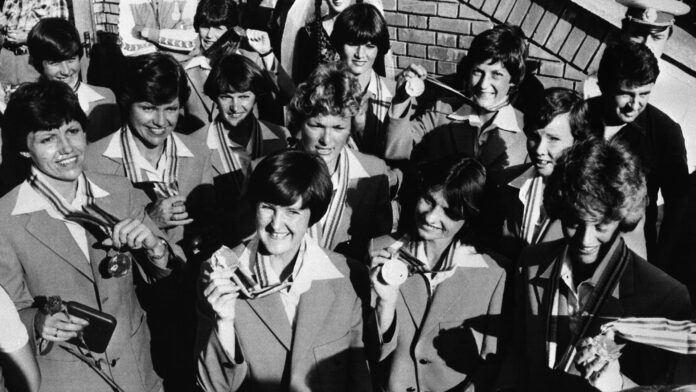 Sixty-six countries boycotted the 1980 Olympics in Moscow in response to the Soviet invasion of Afghanistan.

Although that left a whole lot of medals for the Soviets to win, it also meant that the competition needed some augmenting.

Take women’s hockey: Five of the six teams scheduled to play in the competition, including the United States, participated in the boycott, so organisers scrambled for replacements.

They were able to call upon Czechoslovakia, India, Australia, and Poland, all countries thathad been eliminated in qualifying. But that still left one team. Here’s an idea: How about we call Zimbabwe?

When the country was known as Rhodesia, it competed in three Olympics.

But it was banned from participating in 1972 after other African nations pressured the IOC not to recognise Rhodesia’s racist, white-minority government. Independent Zimbabwe came into being in 1980, and it was again eligible for Olympic competition.

The Zimbabwean women’s field hockey team, however, remained all white. The roster was composed of former members of the Rhodesian national team, which, in keeping with the previous government’s policies, had barred any black players.

The Zimbabweans were nowhere near ready to play. They had six weeks to practice and had never trained on artificial turf. The team relied on amateur players. Ann Grant was a bookkeeper. Christine Prinsloo was an insuranceunderwriter.

Their coach, Anthea Stewart, also played. Despite the rush to come together — and flying to Moscow in a plane normally used forshipping meat — the Zimbabweans excelled. They won three games and managed a draw in two others. Pat McKillop was tied for the tournament lead in scoring, with six goals.

At half-time of the final against Austria, the Zimbabwean minister of sport came onto the field. He told the team that if they won, each player would receive an ox. With that extra bit of motivation, they prevailed 4–1 and would take the gold medal, the very first ever for Zimbabwe.

“It still feels like a dream standing on that podium,” said McKillop. Nicknamed the Golden Girls, they returned to their country as heroes. But they would not get a chance to defend their crown. In 1984, all the traditional field hockey powers were back at the Games, making this golden opportunity a once-in-a-lifetime shot at glory.