The year India women made a mark on world hockey stage 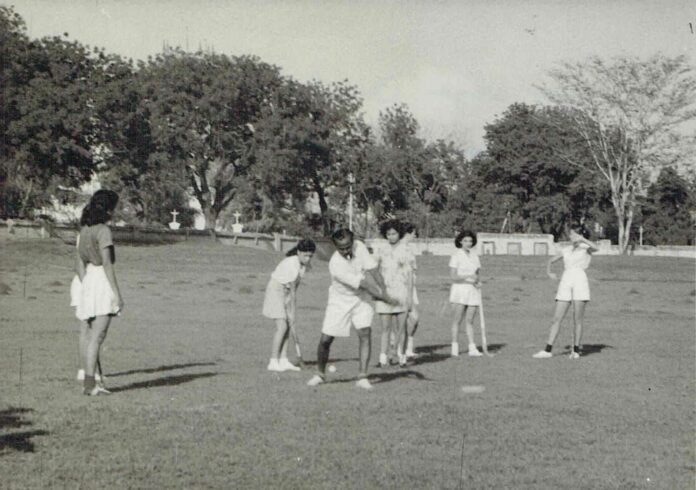 The year 1953 was a big one for the nation and for hockey, especially women’s hockey, writes The Hockey Museum‘s Mike Smith.

In March, England played their third “big” match at Wembley, then in June Queen Elizabeth II was crowned and in September and October the IFWHA (International Federation of Women’s Hockey Associations) held its conference and tournament in Folkestone.

At that time IFWHA was the main body governing women’s hockey around the world and the triennial tournament was the top women’s international competition of the era. National teams travelled from all over the world to play on the splendid grass pitches at Folkestone which was also the home of the world famous Easter Festival.

One of the 16 teams that travelled to the south coast of England was the Indian Women’s team, making their first appearance in an international event. Although by 1953 India’s men had won the Olympic Gold Medal at five consecutive Olympic Games, the Indian women were newcomers.

However with so much hockey talent and know-how available in India their women made very good use of it. Inspirationally (literally) they called on Dhyan Chand, already a legend in Indian hockey and admiringly known as the Wizard because of his amazing stick work. He played in India’s first ever international match in 1926 when he was a mere soldier, or sepoy as they were called. By now, in 1953 he was a major and one of the most revered men in India, later to have statues and stamps depicting him.

The AIWHA (All India Women’s Hockey Association) called upon Major Chand to coach and train the squad. Yes, although this was 66 years ago, India had assembled a squad of 21 players and Dhyan Chand put them through their paces.

They went into a training camp at Jagpur for two weeks and from there a squad of 17 was chosen to make the long sea journey to England. In the team was a woman, Mary de Souza, who had already represented her country but this was as a runner at the Helsinki Olympics in 1952. This is yet another example of how talented sports people can cross over disciplines with Mary showing her athletic speed on the right wing.

In our records at The Hockey Museum we have film footage of the Folkestone event which includes the Indian team proudly marching and parading at the Opening Ceremony. Also, and undoubtedly under the direction of Dyhan Chand, the players used the shorter head sticks that their men’s team had made famous and which became known as “the Indian head.” This would have been the first time that most of the other nations’ players would have seen these sticks in use.

Perhaps the tailpiece should be from journalistic doyen of the era, Marjorie Pollard, whose report ran to over 130 pages in Hockey Field magazine. Of our subject team Marjorie commented “I was however intrigued with the Indians and their delightful close dribbling game”.

This was surely a compliment to their coach and mentor.