Zambia rebuilds a love for hockey from the bottom up 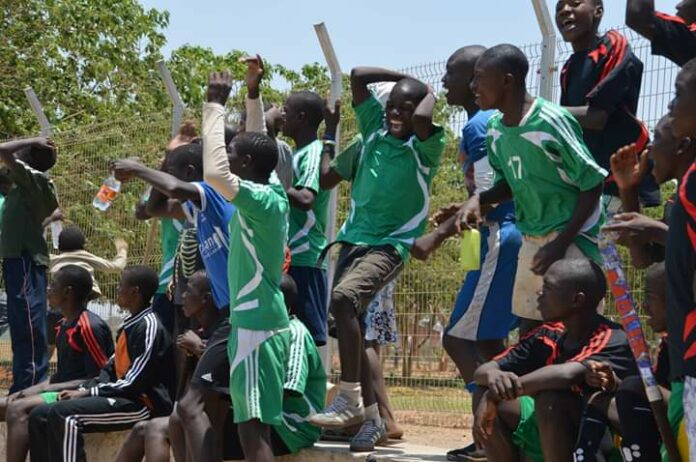 A new zest for hockey has emerged in Zambia, as well as a push to bring women athletes to the forefront. Steve Beel reports

Hockey is not a new game in Zambia. When the modern capital of Lusaka was developed in the 1930’s, hockey was one of the games played to celebrate at the new Lusaka Sports Club.

Although not as widely played as in neighbouring Zimbabwe, hockey, often supported by the mining industry, has been played non-stop since. But since the 90s, interest had definitely declined, until a new group of Zambians got involved.

A new astroturf supported by the Olympic movement created a launchpad for new development. In 2014, Zambia played in the Youth Olympics in Nanjing and four years later they appeared again in Brazil, finishing fourth and beating Australia along the way. Not unreasonably, Zambian players now feel they can compete with the best on the continent, if only given the chance.

In my experience, Zambians have all the talent in the world – skills to rival my ex-team mates at Indian Gymkhana, combined with bags of athleticism and a real hunger and passion for the game. Unfortunately, the recent regional qualifiers for the Africa Cup were cancelled – meaning Zambia lost out on qualification through the ranking system – one area in which smaller African nations, whatever their standard, really suffer.

But it doesn’t detract from many bright spots of development. HockeyDreams are a Dutch-based foundation that have been supporting youth hockey for a number of years in Zambia, Malawi and Uganda.

Their latest initiatives are mini-leagues in Zambia, supported by international sponsors. Coen Tuelings, a Belgian investor, has also been supporting youth hockey leagues in Lusaka alongside other sports. All this is creating a momentum for young kids to get into the game, alongside what local diehard hockey fans have been doing.

Local sponsors are beginning to come on board to support school fees for some players, a critical use of scarce funds – youngsters now see that hockey gives them opportunities to stay in school too – increasingly difficult in the current economic environment.

For some time there had been five main clubs in Lusaka competing in men’s and women’s leagues. In the last six months, three new clubs have sprung up, together with two new hockey-dedicated academies (one run by a HockeyDreams alumni) with many initiatives now springing up from Zambians themselves.

The opportunity to use international support to drive more sustainable growth is now very real, even though Covid has made things phenomenally difficult.

In parallel, we are seeing more media coverage, an absolutely necessity to widen awareness in a country where football dominates.

The Zambia Hockey Association has prioritised getting more women players in the media spotlight, not just to advertise the game, but also because they act as valuable role models in wider society.

Most Zambians are regrettably still afflicted by varying levels of poverty and for young girls, getting involved in hockey really can be a route away from teen pregnancy, child marriage and varying forms of mistreatment.

Many of the children who come to watch at the national sports centre in north Lusaka, and hope to grab a spare stick for a knock-about, live in the surrounding informal housing areas, where clean water, sanitation, sufficient food and schooling are all luxuries.

Whilst something of a cliché, hockey is not only an opportunity to let kids be kids and enjoy sport, but also gives access to some of those basics too. At the other end of the scale, players who’ve had a taste for international competition, especially those that played in China and Brazil, have a passion to compete at the highest levels.

The ZHA are now trying to arrange stand-alone international series with their neighbours to let them show their capabilities.

Overall, things are really looking up. With the right international support and access to a little more resource, the passion and drive of local champions will take things a long way. And for those interested, Zambia, as the home of Victoria Falls and some of the best safari in Africa, also makes for a great place to visit on tour.