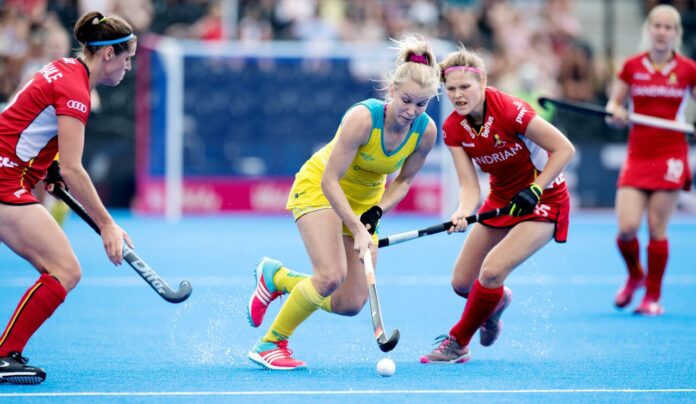 Only months after saying he could fix issues within the sport, embattled Hockey Australia chief Matt Favier resigned on Monday.

After four years at the helm of Hockey Australia, Favier said he would step down following the Tokyo Olympic Games.

In a statement released by HA, which didn’t mention any of the problems engulfing the sport in recent months, Favier said he would “leave knowing the sport is well placed to continue a bright and successful future.”

Hockey Australia President, Melanie Woosnam, said: “During his tenure, Matt has always focused on getting the best outcome for the sport and has successfully expanded its footprint.

“He has been instrumental in leading Hockey Australia’s bid to be a foundation partner in the FIH Pro League and in conjunction with the Member Associations developed and implemented the inaugural Hockey One League.”

Hockey Australia noted his achievements which included establishing the Safe Hockey and National Integrity Frameworks, launch of the Hockey Co-op project to improve efficiencies across the sport and the inaugural official Kookaburras and Hockeyroos Alumni.

However, there is no getting away from the fact that under his watch following the Rio Olympics, hockey in Australia was put front and centre following the Hockeyroos’ “dysfunctional culture” and departures of several performance staff.

Following the review, Favier had told AAP in March: “I really believe I’m the right person to move the business forward and be part of the solution.

“We have a great program on the men’s side. Participation numbers are running strongly, and I believe under my leadership we’ve done some great things for the sport of hockey.”