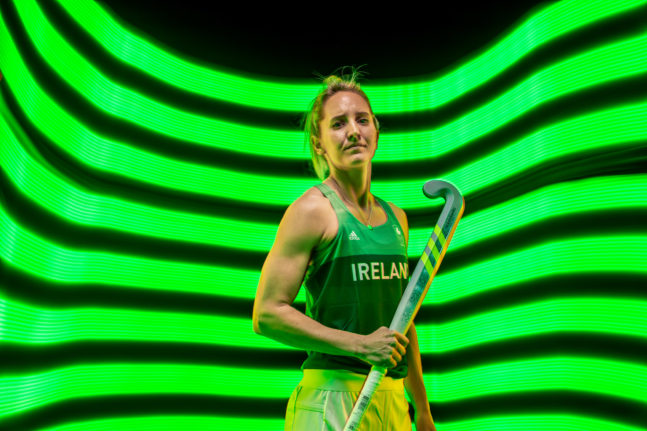 Evans accrued her 200th cap at the recent EuroHockey Championships while Belfast Harlequins’ Frazer had recently returned from injury.

Meanwhile, Sarah Torrans is named in the Green Army squad despite missing the EuroHockey with an ankle injury, while Zara Malseed, who had an impressive campaign in Amsterdam, travels as a reserve.

Ireland women will compete in Pool A at the Oi Hockey Stadium alongside South Africa, Holland, Germany, India and Great Britain. Their opening push back comes against South Africa on July 24.

Coach Sean Dancer said: “The Olympics is the pinnacle of our sport. We are excited and privileged to be the group representing Ireland’s women’s team at their first Olympics. It is important to acknowledge all the hard work and sacrifice of everyone that has been involved now and in previously with the team to get to this point.”

Ireland finished the recent EuroHockey with two wins, a draw and two losses as they missed out on a maiden semi-final berth as well as a World Cup ticket.

“We are going to take the key lessons from the recent Europeans to make the gains we need for the Olympics,” added Dancer.

Roisin Upton, who made her international debut in 2016, told reporters recently: “It was a huge setback last year to have the Olympics postponed but, to be perfectly honest, I think we are far better prepared this year than we would have been going to the Olympics last year.

“Leading into the Olympics last year we had only been with our head coach for less than a year so that extra year with him has been fantastic. And we’ve got a much stronger squad now with a lot of younger girls being called up from the Under-21s and Under-23s.”