Leading Japan newspaper calls for Olympics to be cancelled 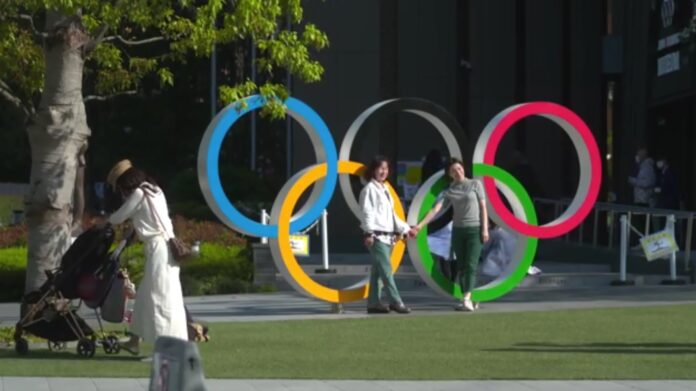 An official partner of the Tokyo Olympics and one of the country’s leading publications has called for the upcoming Games to be scrapped in an editorial, highlighting risks to public safety and the current effects of the pandemic on its health system.

Japanese newspaper Asahi Shimbun is the first, as a Tokyo Games partner, to issue a plea for the sporting extravaganza to be pulled amid a divisive public after a lengthy editorial titled “We demand PM Suga decide cancellation”.

The editorial said: “Distrust and backlash against the reckless national government, Tokyo government and stakeholders in the Olympics are nothing but escalating.

“We ask Prime Minister (Yoshihide) Suga to calmly and objectively assess the situation and decide on the cancellation of the event this summer.”

In recent months polls have indicated that a majority of Japan want the Games canned, while recently protests have taken place against its staging.

This week, the US warned against travelling to Japan after issuing a ‘Level 4: Do Not Travel’ guidance, adding yet more anxiety less than two months out from the start.

At the weekend, during the FIH’s virtual Congress, IOC president Thomas Bach said that “sacrifices” would have to be made to make sure the Games went ahead.

At the time, it was unclear whether Bach was reffering to the Japanese public, while the IOC later clarfied that wasn’t the case.

Bach had told the Congress: “Everyone in the Olympic community has to make sacrifices” in order to “adapt to this unprecedented situation.”

“All measures were taken to keep the focus on the essentials of Olympic Games: the sporting competitions, so that the athletes can make their Olympic dreams come true,” he is quoted as saying.

It was also confirmed this week that Team GB remained “very hopeful” that all its athletes and support staff would be vaccinated prior to travelling to Japan. Chef de mission Mark England did say, however, that “it is not a pre-requisite from the IOC, the Tokyo government or ourselves.”