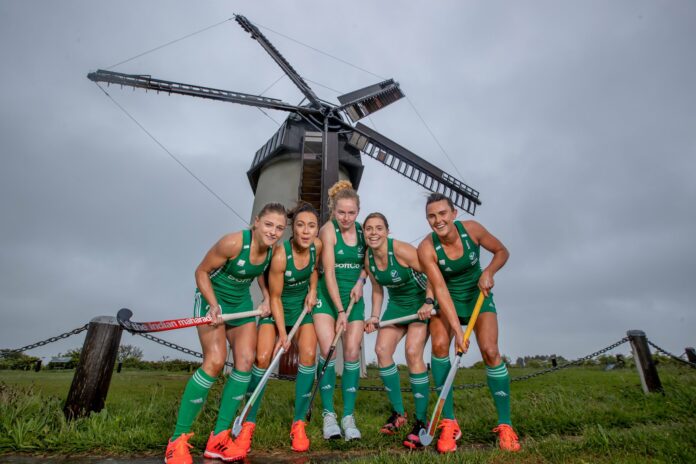 Shirley McCay will play her eighth and last EuroHockey Championships campaign as Ireland set out on their Olympic summer, via a hopeful route to the next Hockey World Cup.

McCay, 32, is one of 12 Green Army players from the 2018 World Cup silver to be selected by coach Sean Dancer for the EuroHockey, which starts on June 4 in Amsterdam.

Dancer said: “It has been a long, tough 12 months, preparing in a Covid world. It is a credit to the group’s strength to arrive at this year’s Euros with a very balanced team.

“The European Championships is a major tournament with ramifications for next year’s World Cup. We have made our objectives very clear and will push hard as a group towards them.”

Ahead of Tokyo, the Euros double up as a key preparation tournament for the Games while also providing three potential 2022 World Cup tickets.

For World Cup qualification, Ireland will only be absolutely assured of a ticket if they finish in the top three positions.

Currently, Spain and Holland are already pre-qualified as hosts; should either or both finish in the medal positions in Amstelveen, fourth or fifth place could provide the golden ticket.

Ireland will be bidding to reach the semis for the first time and take on Holland, Spain and Scotland in the Pool matches.

Naomi Carroll will play her first capped match since 2018 after sustaining an ACL injury while in ladies football action for Clare.

But Zoe Wilson and Barr twins Serena and Bethany have to sit out the summer action with ACL injuries.