Great Britain back on even terms for Hockey Pro League tilt 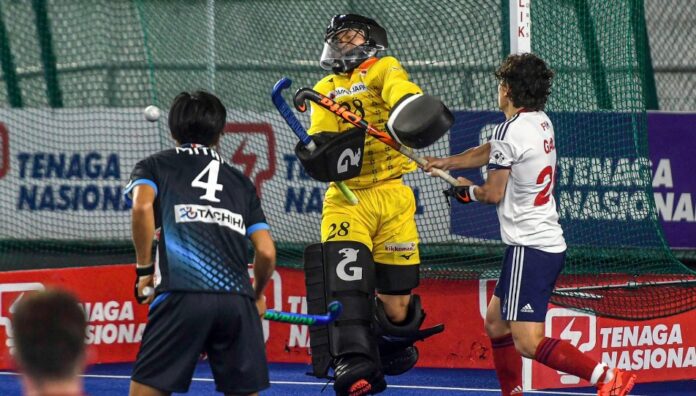 A walk in the Olympic Park this week? Great Britain will be back on an even keel against Germany in the FIH Pro League this week after playing teams with FOUR more players in a bid to be Tokyo fit.

During the recent uncapped matches in the energy-sapping heat of Kuala Lumpur, Danny Kerry’s side played with 16 in their squad to replicate the numbers allowed for the Tokyo Olympics, while Japan and Malaysia started each game with their full 20-strong quota.

Zak Jones, GB men’s assistant coach, said: “Our boys were breathing quite hard! It was hard to get a realistic measure of where we were because of that factor but it proved a very worthwhile trip.”

After quarantining for a week and then playing five games in seven days, Great Britain are in the best possible position, continuing the methodical preparation which also saw them take their own chef as an England side to the last World Cup in Bhubanweswar, India.

The humidity in Tokyo will be a different beast, with GB set to play several Pool matches which finish around lunchtime. Jones said exposure to the heat in Malaysia was “massive”, while there will be more heat chamber work after the EuroHockey Championships next month.

By then, the Team GB squad will be known, when the current squad of around 26 will be whittled down to 16, meaning around 40 per cent of the Bisham programme won’t be selected.

Jones added: “There is a really good atmosphere and sense of togetherness with everyone knowing there are some big dates coming up with selection and tournaments.”

Jones will be experiencing his first Olympics on the coaching staff after leaving the Welsh programme and taking the nation to the EuroHockey elite. Due to the GB Hockey contract, he will be on the sidelines with the England team in Amsterdam.

“It was a tough decision I had to make,” Jones admitted. “Luckily we aren’t in the same Pool at the Euros and I will have one eye on how well Wales do. I still have an affinity with the Welsh players and staff and want to see them do well, but not at our expense.”

The Welshman says that coming from a camp-based programme to a full-time environment opened his eyes when he joined last summer. “The level of detail that it allows you to get into has been great and allows you to really dig into certain aspects of the game,” he added.

One coaching job he has held on to was his two-decade long tenure as Buckingham Women’s coach. There has been limited access at their home ground at Stowe, while the squad turned down the chance to play in the London Cup. “We’ve been out for so long now and we wanted it to be a gradual return and to put in a really good pre season,” he said.

Buckingham will also be partaking as England’s indoor representative in Europe early next year.