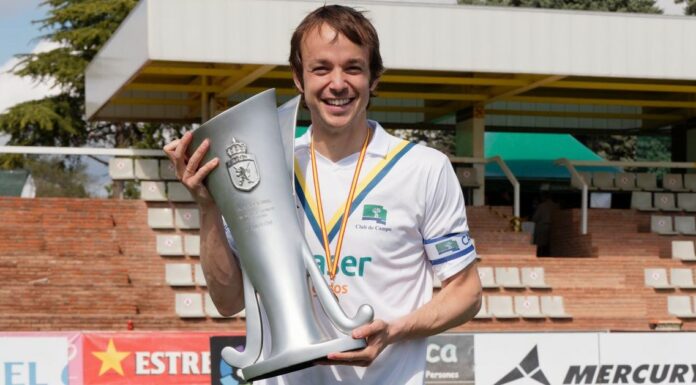 Spanish Stalwart Bosco Pérez-Pla signed off his stellar career by captaining Club de Campo to its first Men’s League Champions Cup for the first time in the club’s history.

Pérez-Pla first played for the Madrid side aged four, debuted in 2013 and had stints with HGC and a stint with HIL-side Indian Ranchi Rhinos before capping his career in fine style back home.

“I would like to be remembered as a good teammate and as a good person, both on and off the field,” he said.

“If the club needs me on time and asks for my help, I will be there.”

Meanwhile, the Madrid mayor congratulated Campo’s s men’s and women’s teams for achieving a historic double as League champions of the 2020-21 season, adding to the women’s European club silver.

In Belgium, KHC Dragons won their 12th Belgian men’s national title as they won both of their two legs over Waterloo Ducks by 4-3 and 2-1 scorelines.

Düsseldorfer HC became German women’s outdoor champions for the first time after beating Mannheimer HC in a shoot-out after the teams were locked 1-1 at full-time.

Elian Mazkour scored the only goal to dethrone his former club as men’s champions as Rot-Weiss Köln won 1-0 over Uhlenhorst Mülheim.