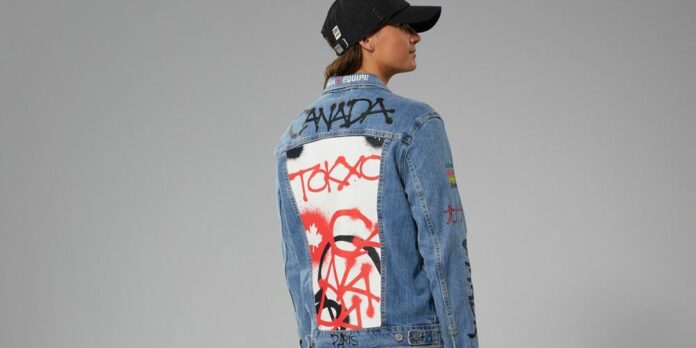 Team USA and Team Canada hockey players will know what they will be wearing for the closing ceremonies at the rejigged Tokyo Olympics.

Team Canada have gone for a denim feel, the national team saying that the uniforms were a take on the ‘Canadian tuxedo’ – essentially an all-denim look, with tight white jeans with graffiti jackets.

In reaction, one observer on social media wrote: “Cancel the Olympics”.

Ralph Lauren has been the official outfitter of choice for Team USA’s opening and closing ceremonies since the 2008 Olympics.

The mostly white strip, with blue and red trim, saw some fashion observers suggest that the athletes modelling the new uniform looked liked a crew of astronauts.